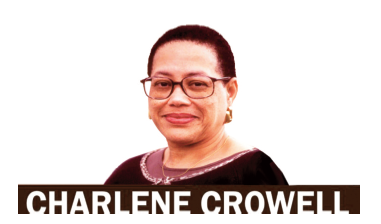 In recent months, this column has reported on a series of settlements reached between banks and finance companies with the Consumer Financial Protection Bureau and the Department of Justice. All of the actions were taken to resolve claims of discrimination in auto lending.

To date, over $200 million in fines and restitution have been made to car buyers of color who paid higher interest rates than white borrowers – a violation of the Equal Credit Opportunity Act. Additionally and as a condition of the settlements, defendants were required to change their lending practices by significantly reducing the amount of additional interest dealers can add to car loans for compensation.

Despite these developments, discriminatory practices in auto finance persist with some lenders and dealers. While law enforcement comes after discriminatory acts have already been committed, a new advocacy effort appeals for dealers to change their practices to prevent further discrimination in auto lending.

“While we welcome and applaud efforts of federal regulators to rein in this discriminatory practice, we urge responsible auto dealers to move immediately to end the practice on their own,” wrote the advocates.

“As you have publicly stated, we need to end discrimination in any number of settings. We are writing to you to respectfully request that you join us and openly condemn this discriminatory practice and help lead the way to a fair, open and transparent marketplace,” they continued.

The 17-member coalition calling on Buffett to act includes the Leadership Conference on Civil and Human Rights, League of United Latin American Citizens, NAACP, National Consumer Law Center, National Urban League, and the Center for Responsible Lending among others. The joint appeal also acknowledged the influential opposition faced in fighting for fair lending in auto finance.

“Unfortunately, the nation’s largest auto dealer trade association, the National Auto Dealers Association, has responded with a campaign to defend this discriminatory practice, jeopardizing the good will that auto dealers may have in their communities,” said the coalition. “As you have said, ‘it takes 20 years to build a reputation and five minutes to ruin it.’ As a leader in the financial sector….. [Y]our leadership would have a market-wide impact.”

Ranked by Forbes as the nation’s second wealthiest billionaire – surpassed only by Bill Gates – Mr. Buffett built a solid reputation for astute investing and major deals that grew Berkshire Hathaway into a multinational firm with more than 90 businesses owned and additional investments in corporations such as American Express, Coca-Cola, IBM and Wells Fargo.

Beyond Buffett, CRL and its allies have also called on regulators to end the practice of dealer interest rate markup.

“More than two decades of evidence that dealer interest rate markup leads to discrimination is enough,” said Chris Kukla, a CRL EVP. “Consumers of color continue to pay more for car loans than white borrowers. The law is clear: every consumer is to be treated fairly and equally – not sometimes, but all of the time.”