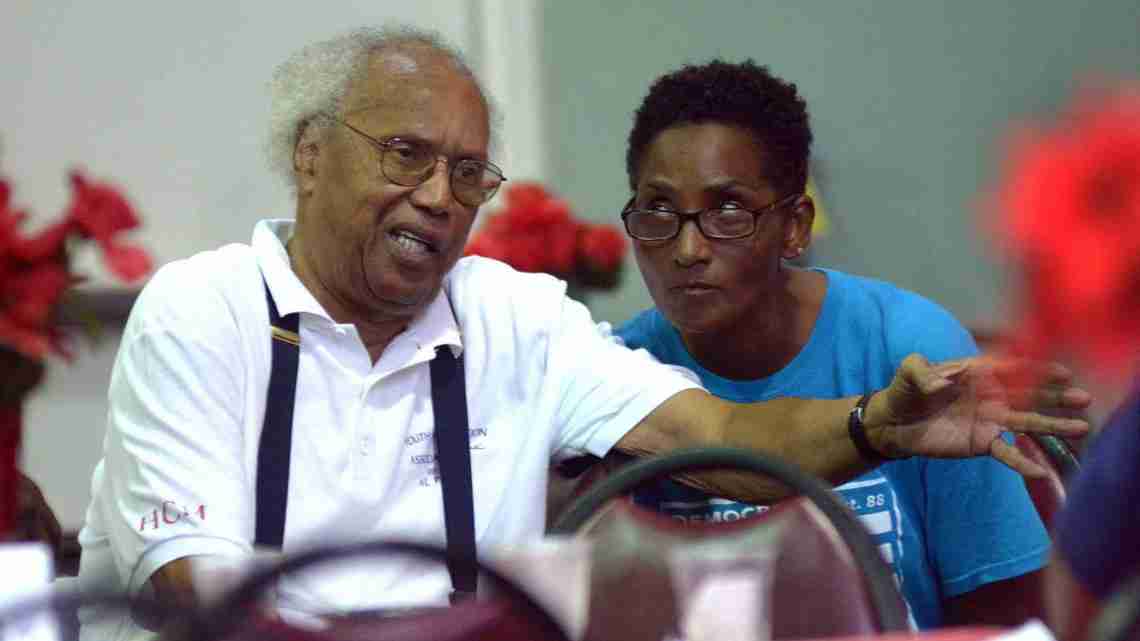 RIVERIA BEACH – The large banquet room at the Hurst Chapel A.M.E. church in Riviera Beach was filled to capacity as senior citizens enjoyed a scrumptious meal of fish, chicken, ribs and all the fixin’s. The D-Funk & The Flo band wooed them with great music and a little conversation interspersed between songs.

The only thing missing from the sensational night was the guns. That’s right: guns.

The organizers, who said they felt compelled to do their part to quell the rampant gun violence taking place locally as well as nationally, invited residents of Palm Beach County to get a delicious free meal, dance a bit, and turn in their guns.

Event organizer Dan Calloway, president of the RBYRA, said 26 people came and shared that they knew of close friends or family who owned guns. They vowed to go back home and urge their friends and loved ones to turn in their guns at the next roundup.

That was good news to Calloway despite the fact that no guns were collected at the first event. He said he’s encouraged that over 20 people showed an interest in urging others to get rid of their weapons.

“We’ve all got to do our part,” said Calloway, who came up with a novel idea to make the event a “seniors night” in hopes that senior citizens would encourage their grandchildren to turn in their guns and ammunition.

“Grandparents can play a crucial role in getting their children and grandchildren to do the right thing,” said Calloway. “Grandmothers probably have more influence than the mothers,” he added. “Grandmothers yield a lot of influence in the lives of our young children. Our young people still respect them, so we need their eyes open. This war against crime and racism – everybody has to take it to heart.”

Artie Williams, vice president of MAMA, said the event was planned before the recent string of shootings across the nation – those in Louisiana, Dallas and Minnesota. “This was our vision for the longest,” Williams said. “We’re doing this in every city in the county because we hope to save their lives” – those who might turn in their guns. “We’re trying to do something positive so we don’t have riots here.”

Calloway noted that the recent string of shootings of police officers in Dallas and this week in Baton Rouge reflect people who have had enough of the unjust treatment of black males by police officers.

“It is wrong to retaliate,” he said, denouncing the killing of police. But he cautioned that some people have said, “enough is enough,” and have taken matters into their own hands by retaliating against officers.

Calloway says the nation needs to be proactive rather than reactive when it comes to such shootings.

“What can we do now. I’m a retired detective sergeant with the (Palm Beach County) Sheriff’s Office, so I understand the police. But right now, we’re just putting a band-aid on cancer. We should be on the preventive end. Every police department needs community policing. You need to teach people not to break the law.”

Williams, of MAMA, said the country needs to educate its citizens and law enforcement. “These young people need to be able to trust law enforcement,” he said.

Lawrence Gordon, a Palm Beach County Commission candidate and also a sponsor of the Gun/Ammo Round Up, said he is concerned about the issue of gun violence. “We have more guns than people, and that is absolutely disgusting. We have so much death due to guns. It’s big business. Huge profits. We certainly need to make it more of a challenge to get guns. There’s no indication that owning a gun makes you safer. And certainly, we don’t need assault rifles.”

Calloway said he wants to see the municipalities in Palm Beach County stand with President Barack Obama when it comes to guns and legislation.

Next post Despite 3rd acquittal, Baltimore prosecutors pushing on