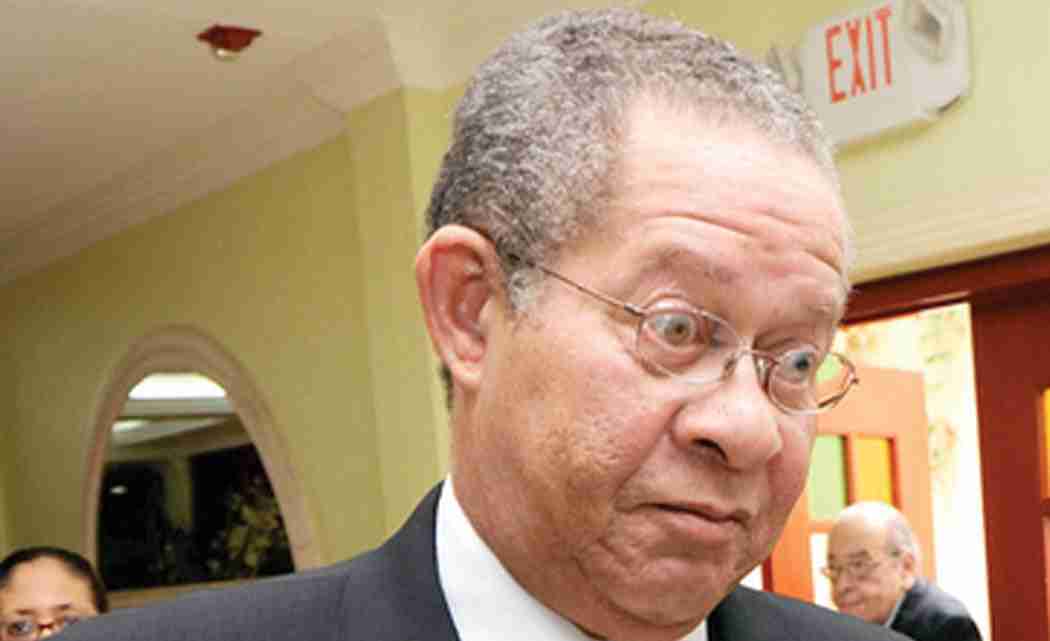 KINGSTON, Jamaica — Former Jamaican Prime Minister Bruce Golding testified Monday that he personally knew an underworld boss who ran a notorious slum fiefdom from his parliamentary constituency but stopped communicating with him roughly three years before the U.S. sought his extradition.

Testifying before a fact-finding commission examining a bloody May 2010 raid by security forces, Golding said he “cut off all communication’’with Christopher “Dudus’’Coke in December 2007 when he was informed by police that gangsters were seeking refuge in his slum stronghold. As a West Kingston community “don,’’Coke had long acted as an ad hoc civic leader at the same time he led the feared “Shower Posse’’crime gang.

Golding said he was “not aware’’if other officials had any conversations with Coke after the U.S. requested his extradition on gun and drug trafficking charges in August 2009.

The U.S. Justice Department had described Coke as one of the world’s most dangerous drug barons. But Golding’s administration resisted the extradition request for nine months, arguing Coke’s indictment relied on illegal wiretap evidence. The stance strained relations with Washington, which questioned Jamaica’s reliability as an ally in the fight against drug trafficking.

When Golding’s administration reluctantly dropped its resistance to the extradition, the May 2010 hunt for Coke in West Kingston killed at least 76 civilians over a couple of days. The country’s former public defender has said 44 of those may have been unjustifiable homicides. One soldier was killed.

While Golding acknowledged that Coke was a “strong supporter’’of his Jamaica Labor Party and was an influential figure in his West Kingston constituency, he asserted Monday that his administration’s objections to the extradition were solely based on the merits of the legal case.

“It proved almost impossible to convince persons, the society at large, that the legal and constitutional issues we were pursuing were not a facade for protecting someone who was connected to the Labor Party,’’Golding testified.

At the time, Golding went so far as instructing a Labor Party insider to retain U.S. lobbyists to contest Coke’s extradition even amid reports that loyalists were stockpiling weapons to prevent his arrest. The entire episode led to Golding’s resignation as leader in 2011.

For decades, symbiotic relationships between political parties and underworld figures have been the rule in Jamaican slums called “garrisons,’’which were separated into areas loyal both to the dons and one of the island’s two main political factions.

Golding’s testimony on Monday comes two months after the fact-finding commission was convened. The panel of two retired judges and a university professor is supposed to present a report and recommendations to the governor general. It’s not yet clear whether any judicial proceeding will follow the testimony.

During Monday’s testimony, Golding also said he was unaware of any plans by the military to use mortar shells during the West Kingston raid. He testified that Maj. Gen. Stewart Saunders told him no mortars were used. However, after denying it previously, the Jamaica Defense Force acknowledged in 2012 using mortars during the operation.