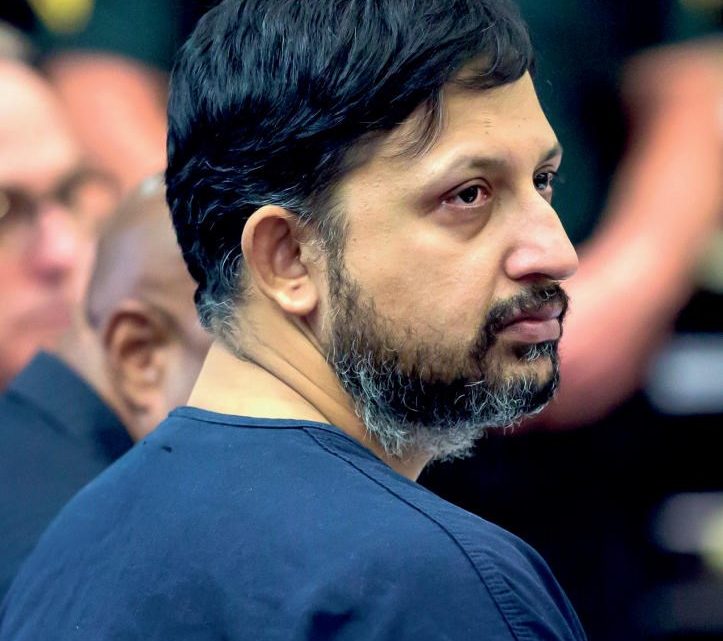 WEST PALM BEACH, Fla. (AP) – An exFlorida police ofﬁcer will ask the Florida Supreme Court to overturn his conviction in the fatal 2015 shooting of a stranded motorist, according to documents ﬁled by his attorney.

The notice is the ﬁrst step in a long process in getting the state’s high court to consider whether the 4th District Court of Appeal was wrong in April when it upheld Nouman Raja’s conviction, the Palm Beach Post reported.

The former Palm Beach Gardens police ofﬁcer is currently serving a 25year prison sentence. In 2019 he became the ﬁrst Florida police ofﬁcer in three decades to be convicted in connection with an off-duty shooting.

Raja was found guilty of shooting Corey Jones, 31, a drummer whose car had broken down in the early morning hours along an Interstate 95 ramp as he was heading home from a gig.

Jurors convicted Raja after an accidental audio recording of the shooting was used to disprove his claim that Jones, who was Black, came after him with a gun.

In the court papers ﬁled last week, attorney Steven Malone, who is representing Raja, wasn’t required to explain the reasons for the appeal, the newspaper reported.

Later in July he is expected to ﬁle documents to ask the high court to hear the case.

The attorney had attempted to convince the appeals court that Raja’s conviction on charges of both manslaughter and attempted ﬁrst-degree murder constituted double jeopardy.

The court ruled that since manslaughter is a homicide offense and attempted ﬁrst-degree murder isn’t, the offenses don’t overlap, the Post reported. Justices also rejected 11 other claims that Malone raised.

The appeal will also further delay a promised multimillion-dollar lawsuit that civil rights lawyer Benjamin Crump ﬁled against Raja and the city of Palm Beach Gardens, the newspaper said. A federal judge put that lawsuit on hold until Raja’s criminal case has been resolved.

Crump ﬁled the lawsuit on behalf on Jones’ father. It claims Beach Gardens failed to properly vet and train Raja, who was hired six months before the shooting.

Raja previously worked for the Atlantis Police Department, and numerous complaints, including excessive use of force complaints, had been ﬁled against him there.

The city has denied Crump’s allegations.