Facebook Hit by Cultural, Political Storms in Its Largest Market 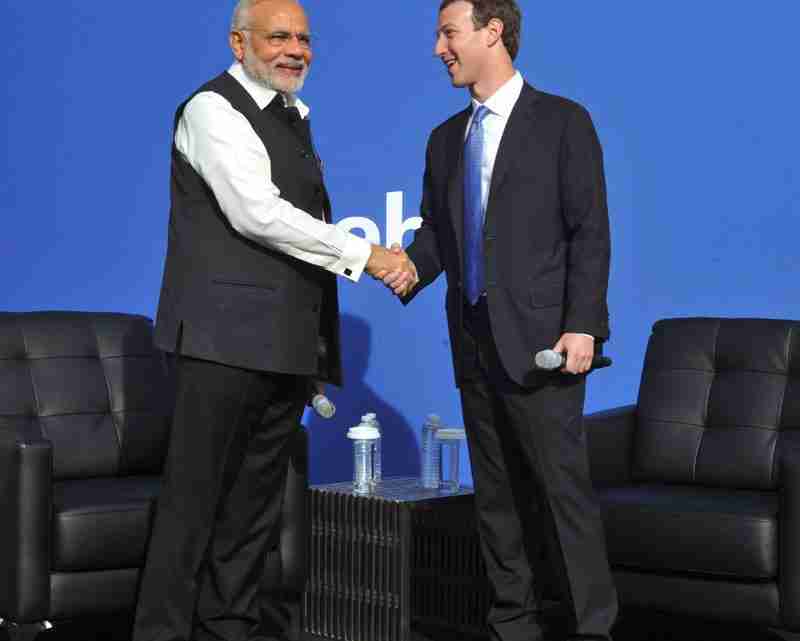 Political controversies are threatening to derail Facebook’s plans of building a business empire in India.

India has the highest number of Facebook users  — 290 million — and yet only 20 percent of the country’s 1.3 billion people, leaving huge potential for growth.

By way of comparison, Facebook has 190 million users in the United States., 140 million in Indonesia, and 130 million in Brazil.

In the earnings call of the social media giant on July 30, India was mentioned nine times, while Brazil was mentioned twice, and Indonesia not even once.

China, the world’s most populous country, has banned Facebook, and in the U.S., it is facing several issues from data privacy to hate speech.

In India, potentially Facebook’s largest growth market, political controversies have started haunting it since the Wall Street Journal article on the social media giant favoring Prime Minister Narendra Modi and his Bharatiya Janata Party in the 2014 general elections and its failure to curb hate speech.

Opposition parties have swung into action and a parliamentary committee led by Shashi Tharoor, a leader of the Indian National Congress, has begun grilling Facebook India chief Ajit Mohan.

At the same time, pressure is mounting from the government. India’s minister for electronics and telecommunication, Ravi Shankar Prasad, in a letter to Facebook CEO Mark Zuckerberg, accused the social media giant of a “concerted effort” to reduce the reach of people who supported a right-of-center ideology ahead of the 2019 elections.

“It is problematic when Facebook employees on record ‘abuse’ the Prime Minister and senior Cabinet ministers of India while still working in Facebook India and managing important positions,” the letter states.

These developments have come at a bad time for Facebook.

It is waiting for India’s Supreme Court to give a final nod to its payments solution, WhatsApp Pay, and it also recently launched Instagram Reel, eyeing the short video space that has opened up with India banning TikTok over data-security concerns.

“There’s a huge opportunity to enable small businesses and individuals in India to buy and sell things through WhatsApp,” Zuckerberg said in the earnings call.

“We want to enable that. That starts with enabling payments. A big part of the partnership that we have with Jio will be to wire up and get thousands of kiranas, small businesses across India, onboarded onto WhatsApp.”

Shashidhar KJ, associate fellow at independent think tank Observer Research Foundation, said, “From Facebook’s investor calls, it is clear that advertising revenue has plateaued for them.

“One area where Facebook is particularly interested is payments and that is where WhatsApp Pay comes into India. WhatsApp Pay has close to 5 million users in India — this is still the beta testing stage.”

India and Brazil are the two markets where WhatsApp is launching payment services. Last year, the Reserve Bank of India, the central bank, said WhatsApp Pay did not comply fully with data localization norms. While the National Payments Corp. of India — the nodal agency for retail payments in the country —has given a green light to WhatsApp, the Supreme Court verdict is still pending.

WhatsApp has also recently partnered with JioMart, the business-to-business online platform of Reliance Jio. Unlike the retail segment, which has undergone an enormous transformation over the past decade, the B2B segment remains unexplored.

Nearly 15 million small stores still use traditional supply chains. JioMart aims to digitize this market, which was valued at $714 billion in 2018-19.

WhatsApp could be a game changer in this.

“WhatsApp has become the go-platform for calls,” said N. Chandrmouli, CEO of TRA Research. “But Facebook has not been able to monetize it so far. The payment gateway could change all that.”

Challenges are coming not only from political controversies, but also from rivals such as Google, which has the leading market share in the digital marketing space.

“A foray into payments and partnerships with Jio will allow it to unlock spends,” said Preetham Venkky, president of 22feet Tribal Worldwide, a digital marketing agency.

“This will allow Facebook to become a serious contender to Google in India and will automatically allow it to diversify,” he added.

“If numbers are anything to go by, Facebook has a lot of catching up to do,” he added. “Through partnerships like with Jio, they’ll be able to compete with a wider offering similar to Google.”

The business plans, however, could be hit if Facebook’s image takes a beating because of controversies.

“There is surely a slow but sure erosion of Facebook’s high-end user base” said Chandrmouli. “Facebook was supposed to connect one to friends and family — now it has turned out to be only a space for advertising.”