Families can relive “The Polar Express” with train ride 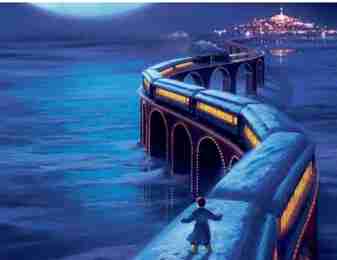 FORT LAUDERDALE, Fla. – Fans of the movie, “The Polar Express,” for which the Academy Award-winning team of Tom Hanks and director Robert Zemeckis reunited for the inspiring holiday adventure based on the classic Caldecott Medal-winning children’s book by Chris Van Allsburg, can have a firsthand experience of the movie’s fun, complete with a pajama party and viewing of the film.

The Museum of Discovery and Science announced that it has been named community supporter of the inaugural service on board The Polar Express Train Ride starting Nov. 11, through January 1, 2019.

In partnership with Warner Bros. Consumer Products, the magical story comes to life when the train departs from Brightline’s Fort Lauderdale station for a roundtrip journey led by a cast of professional actors.

Joseph Cox, President and CEO, said, “We are very happy to work with Rail Events, Warner Bros. and Brightline to bring Fort Lauderdale a new holiday tradition with the train ride, the IMAX movie and themed activities that the whole family can enjoy.”

Families are encouraged to wear their pajamas for the ride that is set to the sounds of the motion picture soundtrack. Passengers will relive the classic story during the one-hour trip to meet Santa.

Once on board, car hosts will work their way through the coach and punch golden tickets before hot chocolate and a delicious cookie are served by dancing chefs.

Passengers then read along with the classic children’s book, “The Polar Express”

by Chris Van Allsburg. Santa and his helpers board the train to greet passengers and each guest is given the first gift of Christmas. During the trip, characters on each car lead passengers in caroling and onboard entertainment and each guest will take home a keepsake sleigh bell.

Ticket prices begin at $50. For more information, visit www.ftlthepolarexpressride.com. Save $10 on tickets with the promo code EARLYBIRD on dates Nov. 11, 17 and 18.