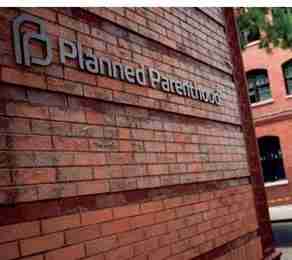 U.S. District Judge Robert Hinkle issued his ruling just hours before the law passed by the Republicancontrolled Florida Legislature was due to take effect.

U.S. District Judge Robert Hinkle issued his ruling just hours before the law passed by the Republican-controlled Florida Legislature was due to take effect. Planned Parenthood challenged three parts of the law that Gov. Rick Scott signed into law earlier this year, including one that prevents any state or local funds from going to an organization if that organization also provides abortions. Planned Parenthood officials estimated that provision would prevent its clinics from receiving about $500,000 to pay for health care screenings and a school dropout prevention program.

Hinkle in his ruling said the provision is “based not on any objection to how the funds are being spent … but solely because the recipients of the funds choose to provide abortions separate and apart from any public funding.” “The Supreme Court has repeatedly said that a government cannot prohibit indirectly – by withholding otherwise-available public funds – conduct that the government could not constitutionally prohibit directly,” Hinkle wrote.

Hinkle also blocked enforcement of an- other part of the new law that would have required an annual state inspection of the medical records of half of all clinic patients, which Planned Parenthood estimated would be about 35,000 people a year. Hinkle did leave intact a provision that redefines dates of gestation and pregnancy trimesters, which could affect when abortions can be performed.

Jackie Schutz, a spokeswoman for Scott, said the administration was “looking” at Hinkle’s ruling.

Similar to a Texas law struck down earlier this week by the U.S. Supreme Court, the Florida law also requires doctors who perform abortions to have privileges at a nearby hospital. But Planned Parenthood attorneys did not challenge that provision, and Hinkle’s ruling did not address that part of the law.

Hinkle’s injunction puts the two portions of the law on hold until he issues a full ruling on the merits of the lawsuit.