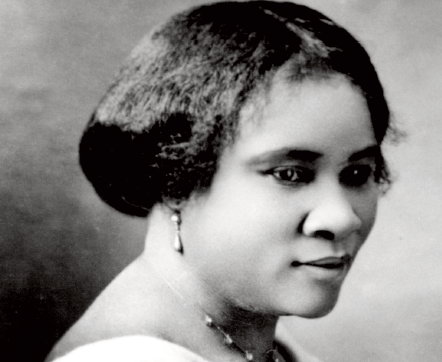 If Miamians knew what they had in Felecia Hatcher, people would form a line blocks long to attend any of her well-thought out, informative and thought-provoking events. While she acknowledges the presence of fear, it appears to have been knocked to the wayside for this White House award-winning entrepreneur who has won numerous accolades, essentially, for doing what so many people put off – stepping outside of their comfort zone to live a full, satisfying life.

Not only does has she achieved massive success in her own life; she is poised to help others follow her example. Hatcher is the founder of Feverish Pops, co-founder of Code Fever and happening in Miami from Feb. 15 to 18, the 2nd annual Black Tech Week, which she wants to ultimately mimic the reach of Global Entrepreneurship Week.

“With Global Entrepreneurship Week, there are literally people all over the world doing programming and events and initiatives under the umbrella of promoting entrepreneurship and getting more people connected to the resources to build sustainable and fundable businesses,” Hatcher explained.

“I look at Black Tech Week as having the exact same potential, where during Black History Month, people all over the world are doing programming that not just highlights innovators of color, but around entrepreneurship, innovation, technology and creativity as it relates to people of color.”

BTW expands on the training functions of Code Fever to include information, guidance and resources to help the black community up its tech game.

“Our community, we’re not resource magnets and we want to be able to change that,” she shared.

She also wants people who may not consider themselves techies to attend BTW because of technology’s pervasiveness.

“When we say, ‘Black Tech Week, if someone doesn’t feel technically inclined, they don’t think that there’s anything in it for them, but everyone is in tech whether you realize it or not.”

Blacks’ participation with Instagram, for example, illustrates what can happen when technology, creativity and courage collide, but also how those collisions frequently only involve blacks as consumers and not creators.

“Instagram is the greatest example. It sold to Facebook for $1 billion, they had four employees at the time, zero dollars in revenue but they had 27 million users. Most of those users were black and Hispanic,” she explained. “You’re being used because you’re using their platform and they’re able to financially benefit from you and your friends and your family.”

She cites the hugely popular Uber as another example of how people are creatively using technology products.

“I don’t need to buy a fleet of cars like Enterprise or Avis. I can use what’s already available to us, I can reach out and empower a network with their own vehicles, set their own schedules, and they will use our platform to connect with people who will allow them to make money,” she explained about Uber’s business model; which she says does not touch the black community “Unless they’re calling on us to use us.”

“Those are the kinds of things we are trying to change,” said Hatcher.

She also wants to change the mindset of potential entrepreneurs who are considering opening a business and do not see the necessity of technology beyond using a cell phone and email to communicate.

“Instead of starting this brick and mortar business that’s going to be very capital intensive, you can take that same idea and add a technology component to it and allow you to build faster and get in front of investors faster or to be able to take it to market and start generating revenue much faster.”

And if people fit none of those categories, BTW should be on their agenda if they’re simply looking for motivation because it will provide the opportunity to see “all these people who have done phenomenal things through technology as a role model of what excellence is,” Hatcher shared. She said another important function of BTW is to address the myth of there being little or no blacks in technology.

“Too many people talk absolutes. They’re saying there are no black people in the space and that’s not true. The numbers aren’t where we want them to be, but it would be a huge disservice to so many people that are working so hard every single day,” said Hatcher, who has been featured on MSNBC, The NBC Today Show, The Cooking Channel, Essence Magazine, BET and Black Enterprise.

Black Tech Week, “it’s a concentrated effort around getting people of color plugged in. I’m looking to increase deal flow in the black community,” said Hatcher.

Previous post In honor of Black History Month, check these out!