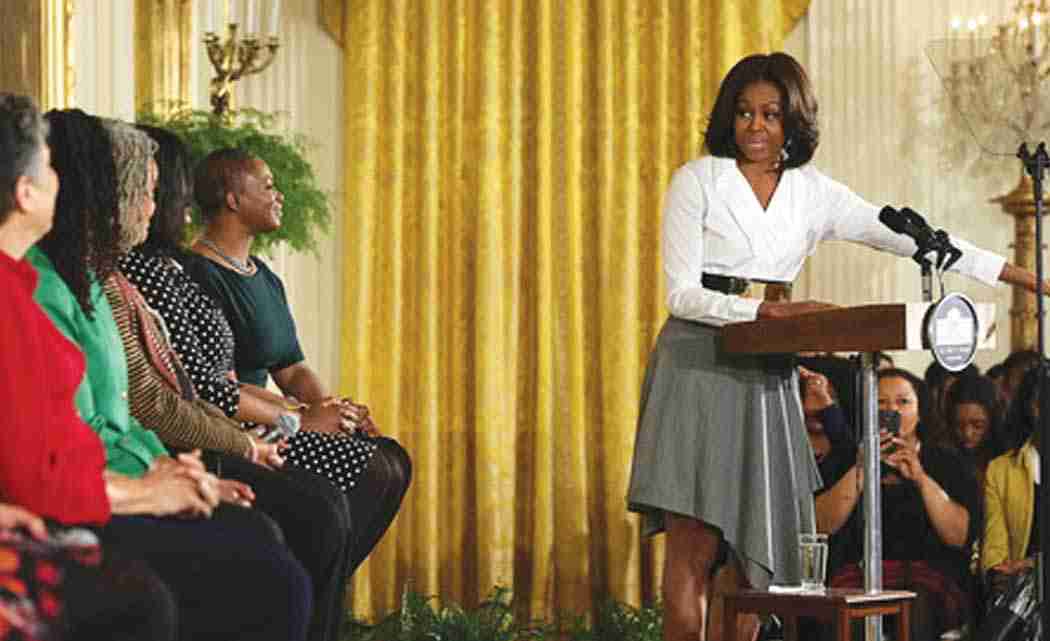 WASHINGTON — Michelle Obama on Friday called education the “single most important” civil rights issue facing the country and pleaded with young people to make going to school a priority, even if all they have is a “bad school.”

The First Lady made her point at a Black History Month panel discussion at the White House celebrating “women of the movement,” including two women who were not deterred by the angry mobs that assembled outside their schools in Arkansas and Georgia during the civil rights era.

“Those are just two of countless stories about how folks who came before us stayed hungry for their education and paved the way for those who came after them, including me and so many in this room,” Mrs. Obama told students, civil rights advocates, community leaders and others seated in the East Room.

“And today, thanks to their sacrifice, there are no angry mobs gathering outside our schools,” she said. “Nobody needs a military escort to get to class, but that doesn’t mean that our children don’t still face struggles when it comes to education.”

Mrs. Obama, who attributes her own success to education and heads an initiative that encourages young people to pursue post-secondary education, said too many students still attend dilapidated schools or schools that lack the latest technology or the college prep classes and college counseling they need.

“So, like many of you, I believe that
education is the single most important civil rights issue that we face today,” the First Lady said.

She said education will help solve issues like mass incarceration, racial profiling, voting rights “and the kinds of challenges that shocked so many of us over the past year,” an apparent reference to police-involved killings of black men in Ferguson, Missouri, and Staten Island in New York City.

The First Lady urged the young people in the audience to “translate the victories that these women won into habits in your own lives.”

“That means going to class every day. Every day. No matter what obstacle life may throw your way, go to school,” she said. “Go to the bad school that you have. Go to school.”