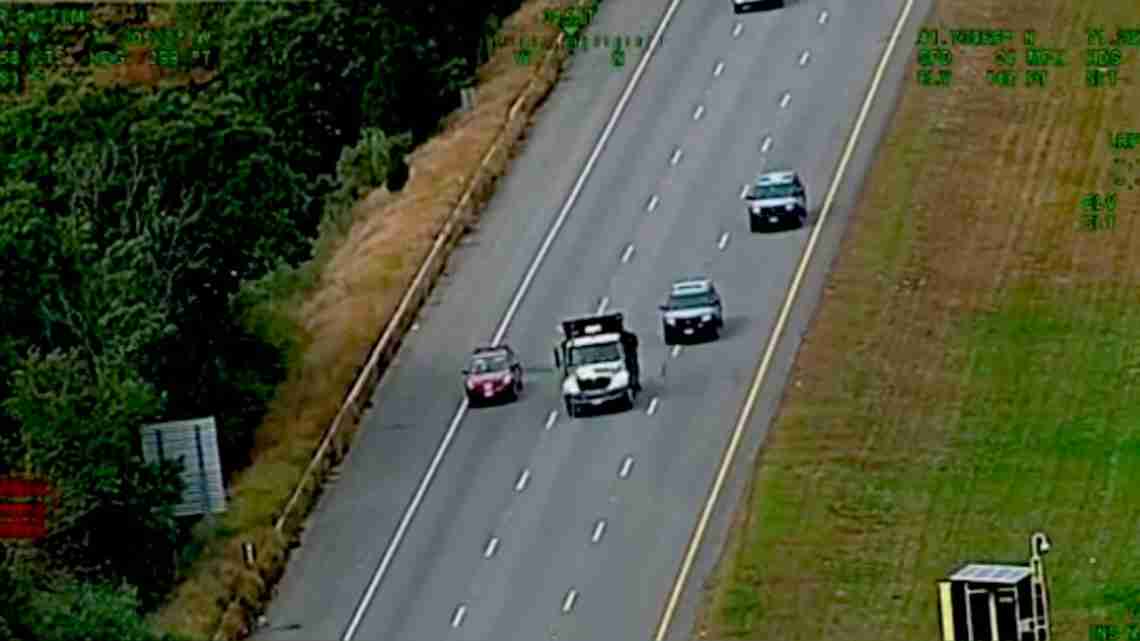 Police chased a man on a New England highway for stealing a water truck before the vehicle hit a tire-deflation device. Officers then stopped the driver.

The incident was filmed in Westport, Massachusetts, in the early afternoon of Oct. 2.

The driver will face charges after he allegedly stole a truck owned by the Boston Water and Sewer Commission.

“Boston Police broadcast a description of a stolen water tank truck owned by the Boston Water and Sewer Commission, and at approximately 12:20 p.m., BPD advised that onboard GPS indicated the stolen truck was traveling on Route 495 southbound in Wrentham,” the Massachusetts State Police said.

When the subject refused, Troop H Headquarters authorized a pursuit.

The stolen truck crossed into Rhode Island and was followed by two Rhode Island State Police cruisers. Shortly after 1 p.m., the truck struck a device put down by a Massachusetts trooper, causing a flat front tire.

The suspect then voluntarily pulled to a stop on Route 88 and was taken into custody.

Identified only as male, he was taken to the Charlton Memorial Hospital for checks. He will be summonsed to court to face charges at a later date.