Florida court reverses itself on slots 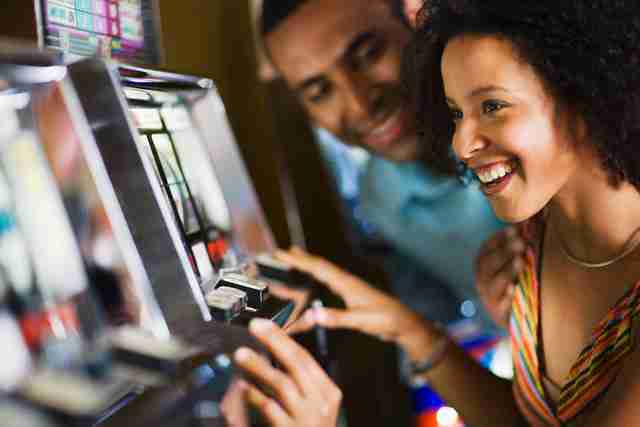 By GARY FINEOUT
TALLAHASSEE, Fla. – A far-reaching court ruling that could have opened the door to slot machines at dog and horse tracks across Florida has been reversed.

The 1st District Court of Appeal on Friday ruled that slot machines could not be installed at a facility 25 miles west of Tallahassee.

The decision was unusual because the same court overturned its own decision from May, when it stated that slot machines were allowed because Gadsden County voters approved a referendum authorizing them.

Calling it a “monumental change” from existing law, Attorney General Pam Bondi had asked for the court to reconsider its decision. The outcome changed because one of the judges who ruled in favor of slot machines earlier this year retired and was replaced by a judge appointed by Gov. Rick Scott. Friday’s ruling was decided 2-1.

But the legal tussle over this case is probably not yet over.

The appeals court said the case had statewide importance in asking that the Florida Supreme Court take it up. The final decision could have a wide effect because voters in Lee, Brevard and Palm Beach counties as well as the north Florida counties of Hamilton and Washington have approved similar referendums. Slot machines are currently limited to south Florida tracks and casinos run by the Seminole tribe.

“We are disappointed with this reversal, and we look forward to a review from the Florida Supreme Court where we feel this issue will be resolved in our favor,” said James Dorris, president and CEO of PCI Gaming which runs the track on behalf of the Poarch Creek Indians.

State regulators had turned down the slot machine request because of a legal opinion by Bondi, who maintained that slot machines were only allowed at tracks in Broward and Miami-Dade counties. Voters in 2004 approved a constitutional amendment that authorized slot machines in the two counties.

Creek Entertainment Gretna opened the track in December 2011. The facility offers flat track horse racing as well as poker rooms and betting on races held at other tracks. The Department of Business and Professional Regulation turned down a request for slot machines in late 2013.

A spokesman for Bondi’s office, Whitney Ray, said the attorney general was pleased the court had agreed with her position about slot machines.

The court battle is coming at the same time that Florida is negotiating with the Seminoles over the future of gambling in the state.

The tribe, which operates casinos in South Florida as well as one in Tampa, is supposed to shut down blackjack and other card games at its casinos by the end of this month under an agreement it reached with the state in 2010. But top legislators and the office of Gov. Rick Scott are trying to broker a new deal with the tribe.

Previous post Florida cop fired for Tasering suspect without cause