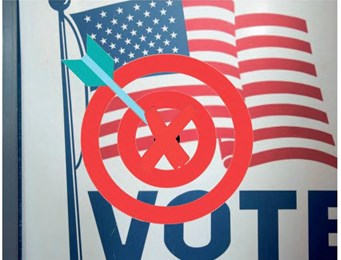 TALLAHASSEE, Fla. (AP) – Advocates who helped pass a Florida constitutional amendment to restore voting rights for most felons are still unhappy with a bill that would implement the amendment even after it was tweaked to address some of their concerns. The bill is now heading to the House floor after receiving its final committee approval Tuesday.

At issue is what it means to complete a sentence. The bill being ushered through by Republican Rep. Jamie Grant says it means completing incarceration, parole and probation as well as paying any court costs, fees or restitution ordered by a judge at sentencing. Advocates don’t believe felons should face barriers to voting if they can’t afford court costs and fees, or restitution if it has been converted to a civil judgment.

The amendment to restore voting rights for felons who’ve completed their sentence was approved with 64.5 percent of the vote. The amendment bars murders or felony sex offenders from voting.

Grant amended his bill Tuesday to make it clear that felons wouldn’t have to repay costs incurred after a sentencing, such as interest on financial obligations and prison costs during incarceration. Other changes to the original bill allow a judge or a person owed restitution to waive the required payments and language that states that if officials are confused about whether a felon is eligible to have voting rights restored, the decision will be in favor of the offender.