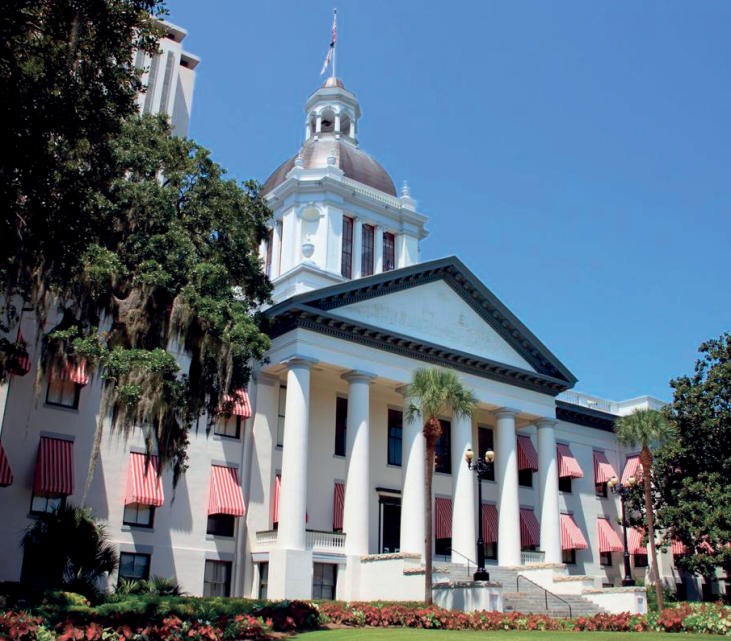 Young conservatives fear being ostracized on college campuses, where school ofﬁcials may be imposing an environment that promotes liberal views while stifling conservative thought, according to Florida Republicans who are spearheading a legislative effort that they argue would protect free speech at the state’s public universities.

Florida lawmakers are hardly the ﬁrst in taking up the ﬁght, which critics say could lead to the ampliﬁcation of dangerous hate speech. Over the past three years, seven states have enacted measures over free speech on college campuses not to mention about a dozen states that are currently debating such legislation, according to a database kept by the National Conference of State Legislatures.

The proposal wending through the Florida Legislature would require public universities to survey the prevailing political views on their campuses. It would also allow lawmakers to see if students are being presented with opposing ideas on campus.

The measure also prevents universities from “shielding” students from differing perspectives even if the broader campus community ﬁnds those views to be offensive. It would speciﬁcally permit students to record classes when students feel a professor is imposing their political views upon them.

The bill cleared a House committee on Wednesday afternoon.

At a recent hearing, Republican Sen. Ray Rodrigues, the sponsor of the Senate bill, recounted how students have told him they fear being ostracized for expressing conservatives views on campus. The lawmaker said he wants to know how widespread that sentiment might be. “I think we need to do the survey to ascertain that,” he said.

Republicans have struggled to gain a foothold among young people, a diverse demographic that is largely liberal on issues such as LGBTQ rights, gun control, legalizing marijuana and addressing climate change, according to a 2018 poll conducted by the Associated Press-NORC Center for Public Affairs Research and MTV.

According to the Foundation for Individual Rights in Education, a group that promotes free speech on campuses, nine public universities in Florida have policies that limit protected expression or can be interpreted to restrict expression. For example, it said the University of Central Florida has a harassment policy against “offensive” actions toward particular people, but it does not specify what acts are considered “offensive.”

“It’s very upsetting that the silent conservative has to exist on a campus,” said Stephanie Torres, the chairwoman of the Florida Federation of College Republicans. She hopes the bill can help create civil discussion about free speech on Florida’s campuses.

Debate over campus free speech has flared in recent years following a string of high-proﬁle cases in which protesters shut down or heckled conservative speakers, including at the University of California, Berkeley.

In 2017, the University of Florida rejected a request for Richard Spencer, a well-known white supremacist, to speak on its campus due to concerns of violence. The university later reversed its decision after it was sued under the First Amendment, but Spencer’s speech was drowned out by protesters.

An organization called Speech First ﬁled a lawsuit last month against UCF for its harassment policy, as well as a computer policy that bans messages deemed to be hateful, among other policies. In a statement to news outlets, UCF has said it’s reviewing the complaint and “has a long history of supporting free speech and open expression.”

In 2018, a Pew Research Center survey of Americans pessimistic about higher education found that 75% of conservatives thought there was too much concern over protecting students from potentially offensive views. Only 31% of liberals agreed, according to the poll.

“It’s great to have the information about how students feel but there’s a danger that it could be used as a tool or a weapon basically by state lawmakers to withhold appropriations,” said Clay Calvert, a law professor and director of the University of Florida’s First Amendment Project. Calvert said lawmakers might move to cut funding for different universities based on the survey’s ﬁndings.

At a hearing earlier this month, Sen. Tina Polsky, a Democrat, questioned whether hate groups such as Nazis or the Ku Klux Klan would be able to enter a campus under the legislation.

“You just can’t practice in absolutes and say that every single person is welcome on campus, because they’re not,” Polsky said in an interview. “This is meant to be a safe place for students.”

Rodrigues said that if there are credible threats of violence it is a university’s responsibility to protect its students but it cannot prevent people from entering campus.

Next post Insurance, K9s and weed among Cabinet legislative priorities