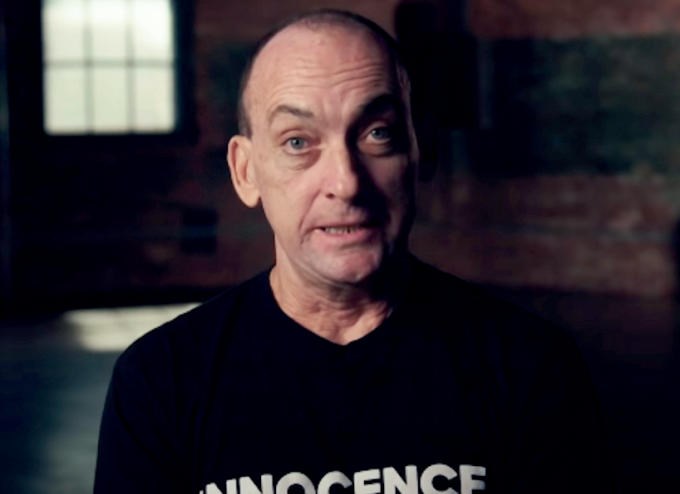 St. Petersburg, Fla. (AP) – A Florida man exonerated of a 1983 rape and murder after serving 37 years in prison is suing over his wrongful conviction in which a disproven bite mark was crucial evidence.

Robert DuBoise, 56, was freed from prison in August 2020 after longshelved, untested DNA evidence from a rape kit proved he was innocent of the slaying of 19-year-old Barbara Grams in Tampa, Florida. Grams was raped and beaten to death while walking home from her job at a restaurant on Aug. 19, 1983. No one else has been arrested for her murder.

In the federal lawsuit ﬁled this week, DuBoise’s attorneys name as defendants the city of Tampa, four police investigators and a forensic dentist who testiﬁed a bite mark on Grams’ cheek was from DuBoise _ based on a faulty beeswax mold made of his teeth.

“The only physical evidence implicating Mr. DuBoise was fabricated `bitemark’ evidence that supposedly matched Mr. DuBoise to an injury on the victim’s body. In fact, the victim’s injury was not a human bitemark at all,” Daniel Marshall, an attorney for the Human Rights Defense Center, wrote in the lawsuit.

The dentist was Dr. Richard Souviron, who gained notoriety as an expert after testifying in the murder trial of serial killer Ted Bundy that one of his Florida victims had a bite mark that matched his teeth. Souviron, whose practice is in Coral Gables, Florida, did not immediately return a telephone message Saturday seeking comment.

In a speech he gave to a police chiefs meeting before the DuBoise case, the lawsuit quotes Souviron as saying “if you tell me that is the guy that did it, I will go into court and say that is the guy that did it.” The lawsuit claims beeswax was not an accepted method of identifying teeth marks in murder cases and was used “only because another ofﬁcer in the Tampa Police Department operated a honey business on the side.”

In addition, the lawsuit contends that investigators conspired with jailhouse informants to falsely implicate DuBoise in the Grams killing and were guilty of misconduct in the handling of his case. DuBoise never confessed to anyone and maintained his innocence throughout, his lawyers said.

The lawsuit, ﬁrst reported by the Tampa Bay Times, seeks unspeciﬁed damages. Supporters of DuBoise have requested $1.85 million in compensation from the state Legislature, but that claims bill has so far gone nowhere.

DuBoise was just 18 when he arrested in the Grams slaying. According to the lawsuit, investigators initially focused on DuBoise after an attendant at a gas station across the street from where Grams’ body was found told police that three “boys” named Robert, Bo and Ray had been “causing trouble” in the area. Yet this was six months before Grams was slain.

He was convicted of her murder and initially sentenced to death. His sentence was reduced in 1988 to life in prison until his exoneration and release last year.

His innocence was proven after a review of the case by the Hillsborough County state attorney’s ofﬁce and the Innocence Project, which works nationwide to free prisoners who are wrongly convicted.

“A free man for the ﬁrst time since he was a teenager, Mr. DuBoise must now put his life back together after almost 40 years in prison,” the lawsuit says. “Mr. DuBoise has been deprived of all the basic pleasures of human experience, which all free people enjoy as a matter of right.”