Florida NAACP names its “Entrepreneur of the Year” 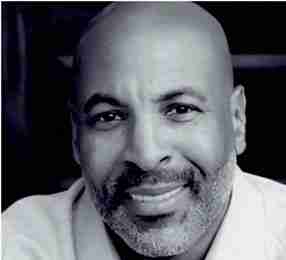 His manner may be understated, but David Grain’s leadership is anything but. For nearly thirty years, Grain’s career has focused on financial management and prudent investment strategy. In 2015 Black Enterprise named his company, Grain Management, LLC, Financial Services “Company of the Year.” Grain’s eponymous venture manages nearly $1 billion in assets that it invests in deploying, acquiring, and managing broadband communications assets.

“By many accounts, he’s the new face of business for our generation,” said Rep. Alan Williams, Democratic Ranking Member of the Florida House Economic Affairs Committee. Grain’s business primarily serves the wireless broadband communications needs of local, state, and federal governments along with commercial wireless carriers like Verizon and AT&T. “He has the ability to go for it when others would not,” says Ronald Blaylock, a Wall Street Executive who’s known Grain for more than 25 years. “He’s a hell of a good businessman.”

It is his determination to succeed and unwavering business acumen that motivated the Florida State Conference of NAACP to present Grain with its “Entrepreneur of the Year” award. The prestigious award is given to individuals who create products, services and jobs that contribute to the state of Florida’s economic and community growth. “David Grain has made tremendous strides in areas where African Americans are traditionally underrepresented, or not represented at all,” said Adora Obi Nweze, President of the NAACP Florida State Conference. “Not only does his leadership give us something to hope for, he’s proven himself a dedicated steward of this community, having established a Fellowship Program to make college preparation and attendance a reality for hundreds of children of color in need.”

A fourteen-year resident of Sarasota, Grain moved to Florida to manage the turnaround and restructuring of Global Signal (formerly Pinnacle Towners), which was acquired by Crown Castle. Grain Management was founded in 2007 and today holds and operates hundreds of wireless towers across Florida and the United States. In 2013, Grain Communications closed the largest-ever sale of wireless spectrum ($287M) to a minority entrepreneur in the United States.

Beyond his work as a seasoned entrepreneur and investor, Grain is very active in civic life. President Barack Obama appointed him to the National Infrastructure Advisory Council in July 2011, and prior to that, in September 2009, Florida’s then-Governor Charlie Crist appointed him to the State Board of Administration’s Investment Advisory Council, where he served as Chairman. Currently, he serves on the Investment Committee of the United States Tennis Association, is on the Board of Directors for Southern Company, and is a member of the Florida Council of 100.

“He makes us proud,” said Nweze, “and we’re honored to name him our Entrepreneur of the Year.”