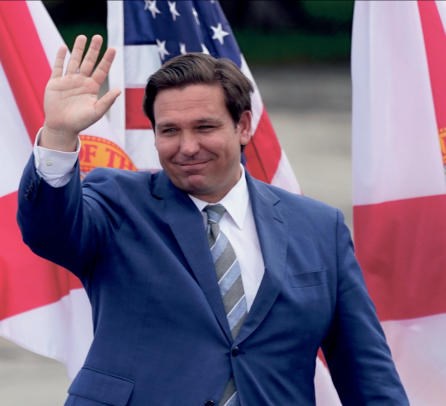 TALLAHASSEE, Fla. (AP) – A measure that would shield businesses from COVIDrelated lawsuits could make it before the Florida Senate later this week, providing another key test for a measure that supporters assert will protect against frivolous lawsuits but that critics worry could give blanket immunity to most business owners, including long-term care facilities, who negligently put the public and their workers in danger during the pandemic.

Earlier this month, the House approved liability protections for most businesses and was to later take up another bill speciﬁc to health care providers.

The version coming before the Senate combines both into a single bill, and would put pressure on the House to follow suit. And it could provide Democrats, who are generally opposed to the bills, with more opportunities to advocate for changes they hope will favor workers and consumers.

Gov. Ron DeSantis has urged his allies in the Republican-controlled statehouse to make the COVID liability issue a priority during the 60-day legislative session, which is entering its third week. He argues that a spate of lawsuits could translate to the loss of jobs.

Immunity from COVID lawsuits is especially important for long-term care facilities. State health records show that nearly 11,000 residents in those facilities died from the pandemic.

In other Senate business, the chamber’s Criminal Justice Committee will again take up a proposal seeking to prevent authorities from arresting children under 7 years old.

A bill protecting children from arrest won wide support in last year’s legislative session but never made it to the governor’s desk because it was attached to a school safety bill that ultimately failed to win passage.

There was national outrage last year after a widely circulated video showed a law enforcement ofﬁcer zip-tying a crying 6-year-old schoolgirl. In the video, taken from the ofﬁcer’s body camera, the child begs for help and pleads with the arresting ofﬁcer for “a second chance.”

The ofﬁcer was called in after the girl kicked and punched staff members. She was charged with misdemeanor battery and ordered to appear before a judge. However, the charges were later dropped.

Also getting a hearing in the coming week is a proposal that would ban smoking and vaping in some of the state’s most beautiful outdoor areas.

Some lawmakers want to keep smokers from using beaches and state parks as ashtrays.

Only the state currently has the authority to enact limits on smoking.

But the measure going before the Senate Environmental and Natural Resources Committee would also give cities and counties authority to do the same at public beaches and local parks under their jurisdiction.