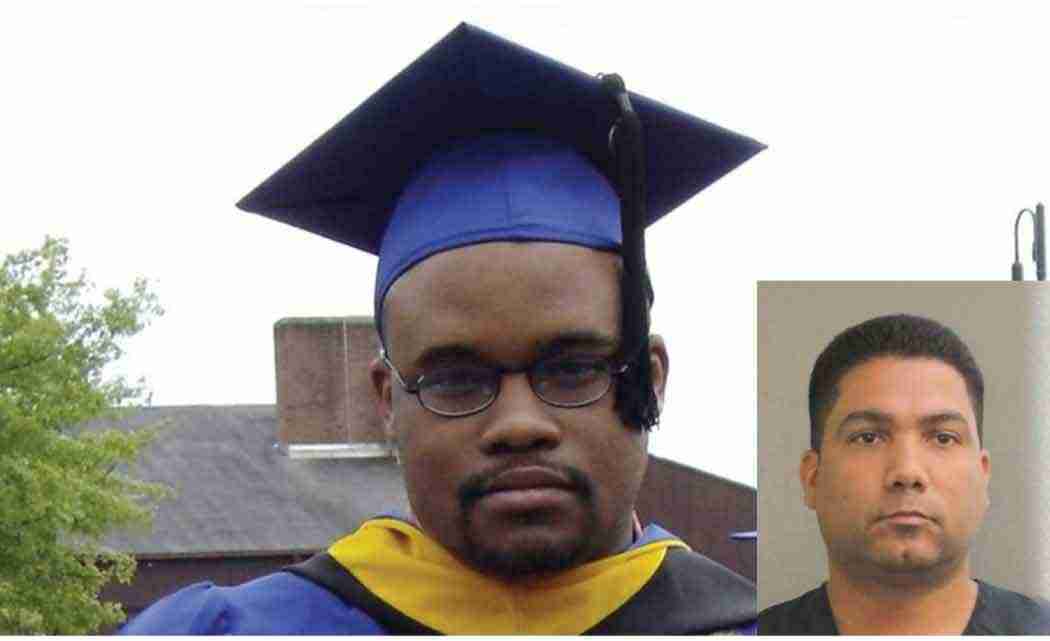 PEMBROKE PINES, Fla. —  A South Florida sheriff’s deputy was charged Friday with manslaughter in the 2013 shooting death of a man who was carrying only an air rifle and might have been unable to hear police commands to drop it because he was listening to music through earbuds.

A grand jury indictment released Friday charges Broward sheriff’s deputy Peter Peraza with manslaughter with a firearm in the shooting of 33-year-old Jermaine McBean, who was black. If convicted, Peraza faces up to 30 years in state prison.

Peraza turned himself in to the county jail Friday morning, according to Broward State Attorney’s Office. It wasn’t immediately clear whether he had a lawyer to speak for him. The Broward Sheriff’s Office didn’t immediately respond to a request for comment.

It’s rare for a law enforcement officer to be charged with a crime for shooting a suspect. The last such conviction in Florida was in 1989 in Miami in a case that touched off fierce rioting just after the shooting. That officer, William Lozano, was later acquitted of manslaughter after a second trial.

Peraza shot McBean July 31, 2013, outside his apartment complex near Fort Lauderdale after 911 callers reported seeing him carrying what appeared to be a real rifle down a busy street. It turned out to be an authentic-looking air rifle. McBean was wearing earbuds that his family has said might have interfered with his hearing.

The FBI also is investigating whether McBean’s civil rights were violated – which could result in federal charges against Peraza – and McBean’s family has filed a federal wrongful death lawsuit against the deputy and Sheriff Scott Israel over the killing. The family’s attorney did not immediately respond Friday to an email seeking comment on the grand jury indictment.

The lawsuit contends among other things that law enforcement officials covered up evidence about the earbuds, which were found later in McBean’s pocket. A photo taken by a resident of the apartment complex moments after the shooting shows an earbud in one of McBean’s ears.

Israel previously denied any improprieties in the deputies’ actions, and Peraza received an agency award for his actions that day.

Next post Greatest R & B Christmas songs of all time