For Sessions, Trump’s constant attacks may define his legacy 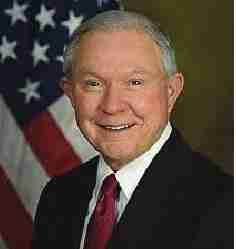 Yet as Sessions enters what may be the final stretch of his tenure, those efforts are at risk of being eclipsed by his boss’ relentless verbal jabs that have made the attorney general seem like a perpetual presidential punching bag. It’s a role Sessions never sought but perhaps could have anticipated.

The steady diatribes , most recently a tweet excoriating Sessions for the federal indictments of two

Republican congressmen, reflect Trump’s singleminded outrage over the special counsel’s Russia investigation and are all the more striking because Sessions is the cabinet member most clearly aligned with Trump’s values.

The treatment has largely overshadowed the attorney general’s work on violent crime, illegal immigration and opioid addiction, clouding a legacy that in other times would be more broadly cheered in conservative circles.

“There are folks that ask me constantly `What’s wrong with Sessions?”’ said former Cincinnati mayor Ken Blackwell, a longtime friend who says the criticism is “eroding what otherwise would be a very respectable portfolio.” “The punches that he throws in Sessions’ direction are landing and they’re distorting the track record,” Blackwell added, “and they’re having people start to question not just his loyalty to the president but his competency _ when his record is a very successful record and could be compared to any other Cabinet secretary.”

Sessions has mostly absorbed the blows quietly while marching through a tough-on-crime agenda, bringing to the job the same hard-line principles that once placed him far to the right of many other Republican senators.

He has encouraged more aggressive marijuana enforcement, directed prosecutors to bring the most serious charges they can prove, announced a zerotolerance policy for immigrants crossing the border illegally and targeted the MS-13 gang. He also has alarmed his critics, who fear he has degraded civil rights protections by not defending affirmative action, police reform or transgender legal rights.

But neither Sessions’ work nor his loyalty seems to resonate with Trump. The president has belittled his attorney general since Sessions stepped aside from an investigation into ties between Trump’s 2016 campaign and Russia. Trump interpreted the move, which legal experts said was inevitable given Sessions’ campaign support, as an act of disloyalty that led to special counsel Robert Mueller’s appointment.

Trump has said if he had known Sessions would take that step, he would not have picked the Alabama Republican to be attorney general. The president now asserts that Sessions never has had control of the department, and accuses Sessions of failing to aggressively pursue Trump’s political rivals and to investigate potential bias in the Russia investigation.

The president gave no reassurances about after that. Meanwhile, the solid Republican support in the Senate that has buffered Sessions is showing signs of cracking.
The most recent broadside Monday, about the charges against the two GOP lawmakers, was stunning for its norm-shattering obliteration of the bright line between the White House and

Justice Department. Trump said the indictments, coming before an election when control of Congress is at stake, had left “two easy wins now in doubt.” He ended the tweet with a sarcastic “Good job Jeff.”

Sessions didn’t respond to that criticism, though in the past he’s issued statements saying the department won’t bend to political considerations and promising to serve with integrity and honor. His only mentions of Trump are laudatory, and in public appearances, Sessions is far more likely to focus on the work that has impassioned him for decades than on the controversies around him.

Next post Wide disparities show up in prosecutor's sentencing numbers