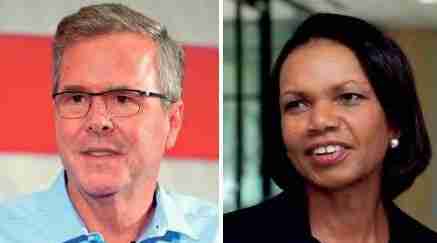 PHOTOS BY EDWEEK.ORG AND WIKIPEDIA.ORG

TALLAHASSEE, Fla. – Former Florida Gov. Jeb Bush is returning to a leadership role in the education foundation he created.

Bush has been elected chairman and president of the board of directors of the Foundation for Excellence in Education.

Bush created the foundation shortly after he stepped down as governor in 2007, but he left the organization as he ramped up his campaign for president. Bush suspended his campaign in February after the South Carolina primary.

Former Secretary of State Condoleezza Rice had taken Bush’s place as chairman in January 2015. The foundation said in a release Tuesday that she will continue to serve on the board of directors.

Bush used the foundation as his primary way to stay involved in public policy after he left Florida’s governorship. The organization remains influential with the Florida Legislature when it comes to education policy.