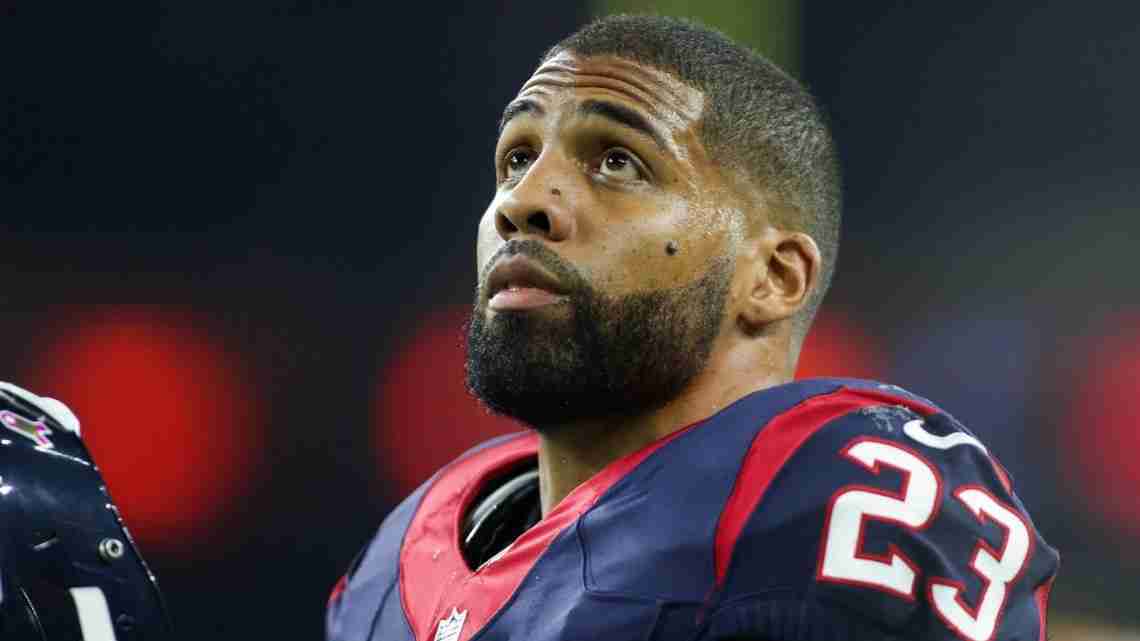 Four-time Pro Bowl running back Arian Foster reportedly has agreed to terms on a one-year deal with the Miami Dolphins. Foster, who spent the past seven years with the Houston Texans, is trying to come back from an Achilles tendon tear in a game against the Dolphins in Miami that ended his 2015 season in late October.

The Dolphins were looking to add depth at running back after losing Lamar Miller to the Texans in free agency. Jay Ajayi is expected to start after rushing for 187 yards as a rookie last year.

Meanwhile, Peyton Manning is retired. Tom Coughlin is gone. Heck, the Rams no longer are in St. Louis.

Upheaval is the buzzword for the NFL as training camps open. At least until big-name players get big-time injuries, or major holdouts end, or tackling and blocking for real begin, the departures of a likely Hall of Fame player and coach will be front and center.

Not to mention the first shifting of an NFL franchise since the Oilers moved to Tennessee in 1997.

Manning’s retirement doesn’t exactly leave a void at the top of the quarterback ranks with Aaron Rodgers, Tom Brady, Ben Roethlisberger, Cam Newton and, oh yeah, Peyton’s little brother Eli still around. It does, however, create a huge chasm to fill in Denver.

With Von Miller’s messy contract situation settled – it got ugly at times – Denver still must deal with the defections of Malik Jackson and Danny Trevathan from the brilliant defense via free agency. So change hasn’t exactly been positive for the champion Broncos.

The Giants have a new look on the sideline as the often red-faced Coughlin resigned (before he was forced out) after a dozen seasons. Whether his gesticulations or his coaching acumen will be most missed is anyone’s guess, but Ben McAdoo steps in for his first top job in the pros.

McAdoo’s first challenge is getting the team out of a four-year rut of not making the playoffs. General manager Jerry Reese and team owners spent big in free agency to provide McAdoo with the tools to turn around the Giants.

Other new head coaches are Adam Gase in Miami, Hue Jackson in Cleveland, Doug Pederson in Philadelphia, Dirk Koetter in Tampa, and Chip Kelly in San Francisco. Mike Mularkey has moved from interim to head coach in Tennessee.

Los Angeles, meanwhile, returns to the NFL roster at the expense of St. Louis, where the Rams previously resided for two decades. Things won’t look much different with the Rams, however – they left the LA area (Anaheim, actually) in 1995 – as they call the aging LA Coliseum home until their palace in nearby Inglewood is ready in 2019.

While NFL owners clearly were eager to get back to Hollywood, it remains questionable how enamored of the NFL fans in SoCal will be.

Unbelievably, “Deflategate” actually is over. Tom Brady’s on-again, off-again suspension is on for the first four games of the regular season. That means Jimmy Garoppolo behind center; seeing anyone but No. 12 quarterbacking the Patriots might be the biggest upheaval of all.