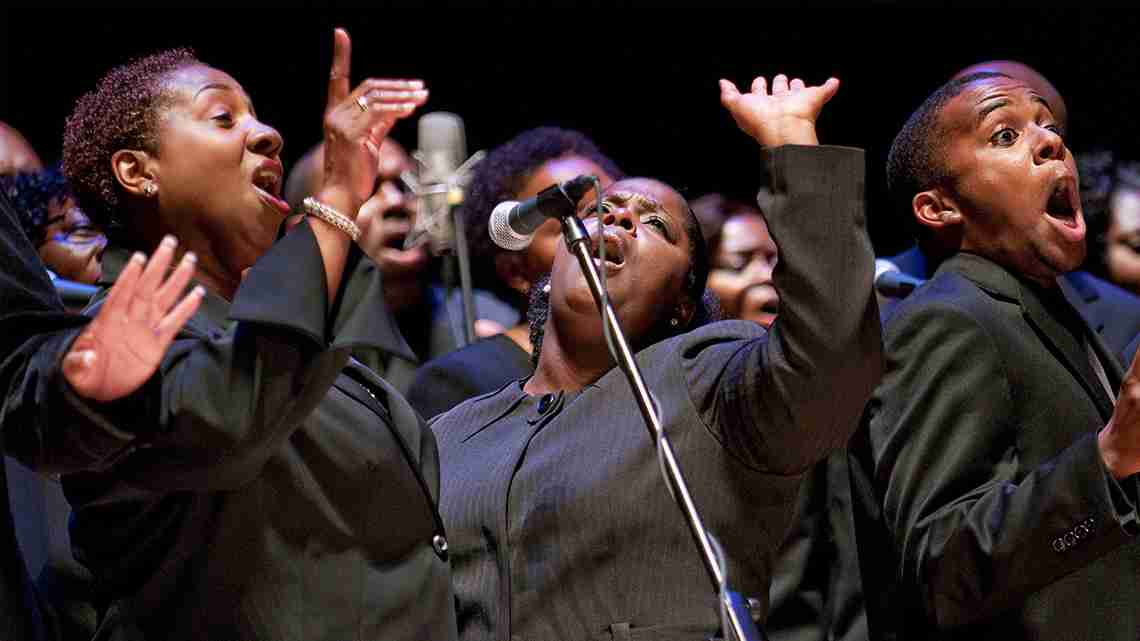 MIAMI — The return for a seventh season of Free Gospel Sundays has been announced by the Adrienne Arsht Center for the Performing Arts of Miami-Dade County. The 2013-2014 installment of the free four-part concert series showcases top gospel music recording artists John P. Kee, James Fortune, Dottie Peoples and Israel Houghton.

Accompanying the headliner for each Free Gospel Sundays concert is a featured local choir representing South Florida, and the Miami Mass Choir, now in its fourth season as the Arsht Center’s resident ensemble, under the direction of Pastor Marc Cooper. Returning as emcee for the fifth consecutive year is ABC Local 10 evening news anchor Calvin Hughes.


First-Access Passes provide patrons with first access to seating in the theater. Seating is “first come, first served” for the performance and passes do not guarantee a seat. Passes can be reserved in advance by calling the Arsht Center box office at 305-949-6722 or online at arshtcenter.org (limit four per person).

John P. Kee, Oct. 27, 4 p.m.
American Gospel singer and Pastor John P. Kee kicks-off the season in the Knight Concert Hall along with his New Life Community Choir. For more than 20 years Pastor Kee not only has served, but also delighted the masses with his inspirational music, a unique melding of traditional and contemporary gospel.

Top hits such as Life & Favor, Jesus Is Real and I Do Worship have helped earn him two Billboard Music Awards, a Soul Train Award and induction into the International Gospel Hall of Fame. “The Prince of Gospel!” – Breathcast.com

James Fortune, F.I.Y.A., Dec. 8, 4 p.m.
Gospel artist James Fortune is considered a voice for a new generation. Winner of three Stellar Awards and a recipient of two Grammy Award nominations for his album Identity, Fortune and his band F.I.Y.A (Free In Yahweh’s Abundance) bring their soul-stirring songs of encouragement, healing and hope to the hearts of everyone.

Fortune believes that to preach redemption in the 21st century, a production needs to be made of it; which he does with spoken, sung, shouted encouragement, hip-hop arrangements and urban beats. Fortune’s hits such as Hold On, I Believe and I Trust You demonstrate his urban gospel hip-hop soul music done up in show-biz style that further connects him to a wide audience. “One of the leading artists of the next generation in gospel music.” – GospelPundit.com

Dottie Peoples, Feb. 16, 4 p.m.
As a star in the gospel music industry for more than 30 years, Dottie Peoples is on a level all her own. In celebration of Black History Month, audiences will get to experience her vibrant energy and gospel sounds as she performs with the Miami Mass Choir.

She has been honored with 56 prestigious awards, including three Grammy nominations, Dove Awards, Soul Train Awards and Stellar Awards. Peoples is considered a staple in the gospel and music world with such hits as I Got This, On Time God and It’s Not Goodbye. “As one of Gospel’s celebrated traditional divas, Dottie Peoples can always be trusted to bring home the church flava.” – GospelFlava.com

With two gold albums and top hits such as Moving Forward, Just Wanna Say and Your Presence Is Heaven, which won the artist his latest Grammy in 2013, Houghton has become a household gospel name. “Israel Houghton’s music is superb praise and worship!” – Associated Press

Free Gospel Sundays 2013-2014 is made possible with the support of the John S. and James L. Knight Foundation and Bill and Beverly Parker, in partnership with Miami gospel radio station WMBM 1490 AM. All programs, artists, ticket prices, availability, dates and times are subject to change without notice.

Visit arshtcenter.org for up-to-date information on details and schedules.