Friend of alleged church shooter to appear in court 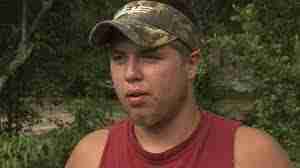 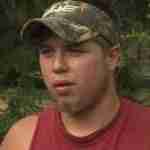 COLUMBIA, S.C. (AP) – A friend of the alleged Charleston church shooter was expected to make his first court appearance Friday, more than a month after authorities told him he was under federal investigation for lying to them and failing to report a crime.

Joey Meek, 21, was arrested Thursday, but it wasn’t immediately clear what charges he faces or whether he has an attorney. His girlfriend has said he is innocent.

Meek has said Dylann Roof, who is accused of killing nine black church members during Bible study on June 17, stayed with him before the shootings. Meek told The Associated Press that Roof had drunkenly complained that “blacks were taking over the world” and “someone needed to do something about it for the white race.”

Meek received a letter that he was the target of an investigation on Aug. 6.

Meek told the AP that Roof occasionally stayed with him at a mobile home in Red Bank, about 20 miles from Columbia, before the shootings at Emanuel African Methodist Episcopal Church.

Meek, of Lexington, told the AP that Roof said he used birthday money from his parents to buy a .45-caliber Glock semi-automatic handgun, which Meek took away from him the night of his drunken rant but gave back to him when Roof had sobered up.

Meek also said he called authorities after recognizing Roof from surveillance footage from the church. But, according to a federal law enforcement official, authorities believe Meek was dishonest with them during their investigation. The official also was not authorized to speak publicly about the investigation and requested anonymity.

Meek’s girlfriend, Lindsey Fry, said he called her on his cellphone Thursday afternoon and said it looked like federal agents were approaching him as he was at his job repairing air conditioners.

“They want to talk to me, but I think I’m going to jail,” Fry recalled Meek saying.

He said goodbye and she hasn’t heard from Meek since, Fry said outside the mobile home where they live.

He is currently on probation, having pleaded guilty earlier this year to possessing a stolen vehicle, according to Lexington County court records.

No other family or friends who spent extensive time with Roof at the mobile home have received target letters, Fry said.

Next post Church program helps people connect to their heart