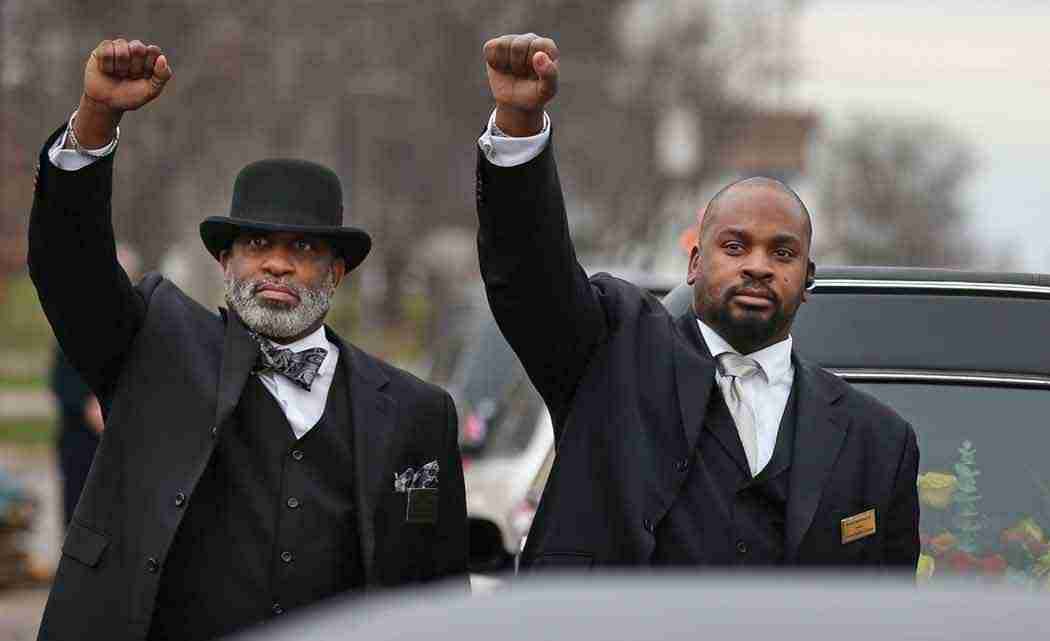 (AP) – Hundreds of people filled a north Minneapolis church last week to pay their respects to a man whose death in a confrontation with police sparked more than a week of ongoing protests; as charges were pending against four men suspected in a melee that left five protesters with gunshot wounds.

A picture of a smiling Jamar Clark adorned the program for his funeral at the cavernous Shiloh Temple International Ministries. Inside, his obituary said the 24-year-old man “liked to swim, fish, listen to music, play basketball, be with family and take trips to Charlotte, North Carolina.”

Impassioned speeches from his relatives and pastors were occasionally interrupted by shouts and applause. The service also included a slideshow of pictures of Clark as he grew up. Several members of Clark’s family wore white T-shirts that read, “I matter,” on the front with Clark’s picture on the back.

Clark, who was black, died Nov. 15 in what police say was a scuffle with officers responding to an assault of a woman in which he was a suspect. Some community members who say they saw the incident allege Clark was handcuffed when he was shot, which police have disputed. A state criminal investigation and a federal civil rights probe are underway.

Bishop Richard Howell praised protesters for pressure that he said helped get a federal civil rights investigation and the names of the officers involved. Howell said what’s needed now is a special state legislative session to address the needs of Minnesota’s minority community.

“Jamar, your life did and does have purpose,” he said to a standing ovation. “Your death is not in vain.”

The funeral procession went past the 4th Precinct police station, where Black Lives Matters activists and others have been camped out for days protesting Clark’s death. Vehicles honked their horns, and protesters shouted “Justice for Jamar” in return.

Police have arrested four men – ages 27, 26, 23 and 21 – on suspicion of shooting five protesters after some tried to get the men to leave the site late Monday night. Police said three of the men are white; the fourth man’s race hasn’t been released.

Next post local artists on display at Soul Basel