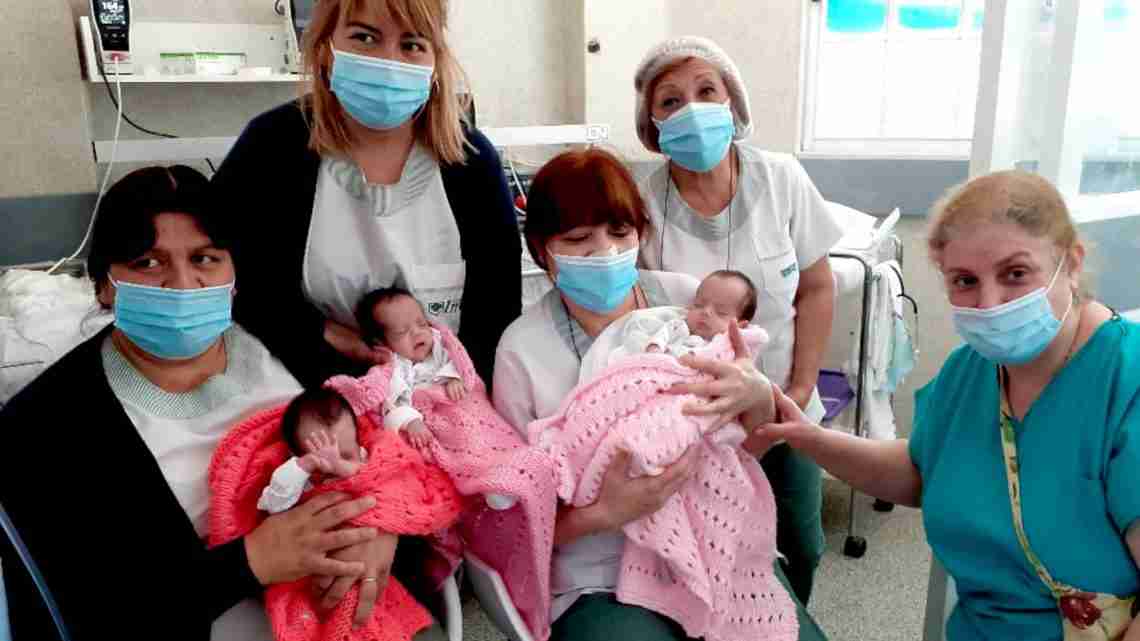 Nature has delivered a rare phenomenon.

Three triplets, identical baby girls, have made headlines in Argentina for being what doctors have said one-in-200-million occurrence. They are now safe and sound at home with their parents.

Victoria, Julieta and Delfina Chainski originated from one egg cell and one spermatozoid.

Last week, the three girls were finally released from the IMA of Androgue birth clinic in Buenos Aires, the capital city of Argentina, two months after they were born by Caesarean section on July 25. The three girls were conceived naturally, but arrived one month early and each weighed just 1.5 kilograms (3.3 lbs) at birth.

The happy parents, Lenoel Chainski and Vanina Catala, spoke from their home in the Lomas de Zamora suburb of Buenos Aires about the miraculous birth and their thoughts about raising three identical daughters.

The couple has been together for 14 years, but the three girls are their first children, Lenoel Chainski explained. They met at age 12, but only started dating later. They were shocked, but happy to learn about the pregnancy.

“We believe the babies were conceived in Spain during a trip to Europe last year, and the pregnancy test was done in Poland,” Chainski said.

The full extent of the circumstances was not revealed, however, until they returned to Argentina in mid-February.

“I was so happy when I found out there were three in there. Even before the echography was done, I jokingly told my wife that I wanted two or three at the same time, since we are already quite old first-time parents,” he said.

“She was concerned, however, about whether her body would be able to cope with the pregnancy,” he said.

Vanina Catala had to be monitored closely by medical staff throughout the pregnancy but delivered without complications.

The birth of the babies was scheduled for late August, but when the contractions started in July, the doctors opted for an early C-section.

“I was with her the whole time. The girls were delivered in just five minutes. All three were crying as they left the womb,” the proud father said.

Catala was released from hospital only four days later, but the girls had to stay for seven weeks. During that time, the parents were only allowed brief visits every three to four hours.

“The babies have been home for 16 days now. They need around-the-clock observation, due to issues with regurgitation, so we’ve had to completely reorganize our lives to handle it,” Chainski said.

The mother takes care of the babies in the early hours of the day, mostly supported by a relative or a friend. At night, dad is on duty, usually accompanied by his brother or the children’s godfather.

All contact with the girls is submitted to a strict sanitary regime. They wash their hands before, between and after touching them to prevent any infections or viruses.

“It isn’t as much the coronavirus as other health issues we are worried about. They still have weak immune systems and are very vulnerable,” the father said.

Both he and Catala are teachers. While she is on maternity leave, he still teaches. Due to the pandemic, his classes are taught via laptop from home.