Give us a fighting chance: VOTE Biden/Harris 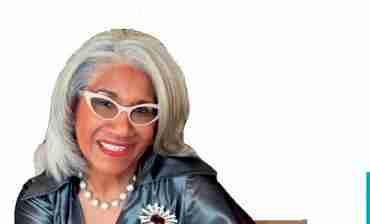 Can you hold your breath for ﬁve days? Should be a piece of cake, since many of us have been holding our breath, and our noses, and our tongues, for the past four years.

Also, in that period of time, too many Black folk have had the breath beaten, choked, or shot out of us. “Mother, mother, mother, there are far too many of you crying.”

Additionally, many Blacks have been holding a display of their guns in check. Yet, lately there is less talk, and more action by Black gun-owning groups.

Quite frankly, I ﬁnd it refreshing to see the increasing number of images of organized and orderly Black folk exercising their Second Amendment rights. However, I’m not at ease with how this scenario will play out over the next few days, weeks, and maybe months before the ﬁnal decision is made to announce the 46th president of the USA.

Now, I’m not fearful of what the Black gun-displaying groups would do-they have shown discipline and restraint for a long time. No, my fear is retaliation against them by the sanctioned legal and lethal forces of the US police and other para-military and military units, as well as the tacitly approved white-dominated citizen militia.

The last group has publicly promised violence – “a civil war” – if their candidate (Trump) is not re-elected; have pronounced and published their intentions across social media, and they have told us how they have been recruiting, and training for years. They are well armed, focused, and empowered to fulﬁl their stated intentions.

Last year, I had a close and in-person encounter with one of them. I was visiting central Florida and my Uber driver, a retired police ofﬁcer and former marine, chatted me up about his group.

How“they” are ready for anything ‘they’ perceive to be a transgression by the government (limiting their rights). He bragged about how well-trained, well-armed, and disciplined they are. In other words, they were ﬁred up and ready to go!

Scared? Yes, and I did report the incident to the FBI.

Since 2018, we have watched these local militia become emboldened after the infamous Charlottesville march where one innocent woman was killed. Remember, that was the incident the President of the USA, Donald Trump, declared that in his judgement, “there were some very ﬁne people, on both sides,” signaling to hategroups- not for the ﬁrst or last time – that they were “OK” with him.

These militia are on the move – driving and flying across the country to foment domestic terrorism; one such group was intercepted for plotting the kidnap of Michigan’s governor and thwarted in their perverted attempt to make a citizens’ arrest and hold a trial.

Well, there have always been rogue armies, and history is full of the recounts of so-called “righteous wars.”

Regardless of the justiﬁcations for “war,” civil or otherwise, in the end, blood and guts are spilled and no one wins. Our sons and daughters are killed!

I hope that the two groups do not resort to the last measure; that some intervening force of reason will issue a call to both “sides” to stand down.

But who are the prevailing forces of good will and rational thinking?

The politicians, or the ministers? These days, it’ll probably come from some of the gurus of Twitter and Tik Tok.

But what if the call is not issued, in time, or with not enough impact, to both ‘sides’?

What if there is another civil war? On what grounds? For, or against, whose rights?

After a 400-year summer under the knees of our oppressors, the nation’s restlessness is palpable.

The calls for change have reached a fevered pitch: “Black Lives Matter” is the new anthem and allied groups are linked in allegiance.

Will it be enough?

Malcom was right, after all. While we are holding our breath for the next ﬁve days, the necessary means in our hands is to vote, Vote, VOTE for Biden/Harris. Give ourselves a ﬁghting chance. Then we wait- in readiness. Toniwg1@gmail.com

Next post Presidential election is about the soul of American democracy