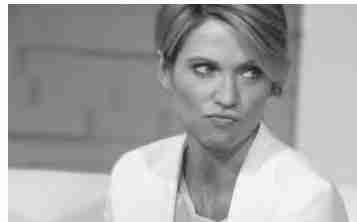 NEW YORK – “Good Morning America” co- anchor Amy Robach has apologized for saying “colored people” on Monday’s broadcast of the ABC program. Her use of the term sparked criticism on social media. “Offensive,” tweeted one viewer. Another said Robach “gets a pass this time” but vowed to ditch “GMA” for a rival morning program if it happened again.

During a segment on diversity in Hollywood, Robach, who was substituting for Robin Roberts, noted recent criticism for casting white actors “in what one might assume should be a role reserved for colored people.”

After the broadcast, Robach released a statement explaining she had meant to say “people of color.” She called the incident “a mistake” and “not at all a reflection of how I feel or speak in my everyday life.” The words used to describe African-Americans have evolved over time to from words like Negro, colored, Afro-American to the current black, African-American and people of color, said Deborah E. McDowell, director of the University of Virginia’s Carter G. Woodson Institute for African-American and African Studies.

“We no longer use the term colored people, although once upon a time that was a term in use,” ]McDowell said. “Now the preferred usage is people of color if you are speaking about people of color broadly. If you are referring specifically to African Americans, people will frequently be specific and refer to us as African-Americans.”

Previous post What the hell do African Americans have to lose? Consider this