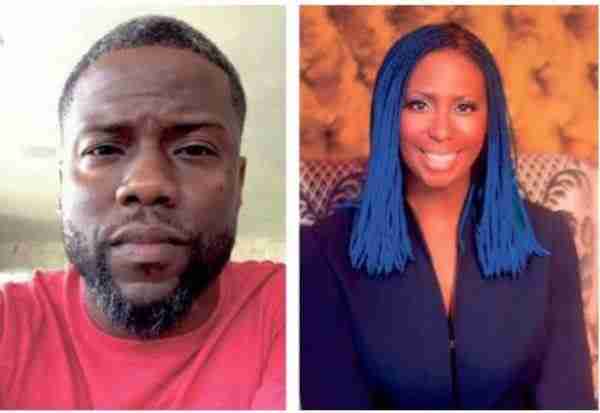 NEW YORK (AP) – Sister love playing out in a living-room hair trim. A botched home dye job with a silver lining. Stylists shipping out kits of personalized color with promises to talk their regulars through the process via FaceTime.

As the spread of the coronavirus sends more people into isolation, trips to beloved salons and barbershops for morale-boosting services and camaraderie are on hold.

While some brazenly cut themselves new bangs, turn to over-the-counter color or try picking up electric clippers and scissors to work on the heads of loved ones, others are letting nature take its course.

Memes and real-life stories are flying about cuts gone bad and the onslaught of gray hair, along with out-of-control eyebrows, sad lash extensions and overdue nail work. While such things seem frivolous in the sad and desperate crush of the pandemic, many people are reaching for rituals as emotional relief and connection to their longstanding way of life.

Others are more settled in letting their gray hair fly. Comedian-actor Kevin Hart puts videos on Instagram chronicling his life at home with saltand-pepper hair and beard. Hashtag: #GreyHairDon’tCare.

“Everybody’s going gray. I’m going to embrace it right now. I look like Morgan Freeman’s nephew,” he told Ellen DeGeneres in one of the celebrity phone chats she’s posting on Instagram from her Los Angeles home.

For others, styles are going shaggy as they rediscover ponytails, buns, and dusty stashes of headbands and hair baubles.

Not the Hinds sisters.

The younger, 18-year-old Sophie, calmly read a book as her 20-year-old sister, Fiona, nervously lopped a good 7 inches off her long reddish blonde hair at home on Manhattan’s Upper West Side, creating an adorable bob.

Fiona said she boned up for the task by watching “one YouTube video that we didn’t even ﬁnish. We watched the ﬁrst ﬁve minutes.”

To which Sophie responded: “Are you kidding? You didn’t tell me that.”

In Fayetteville, Ark., stylist Scarlett Howell voluntarily canceled all appointments for at least two weeks. She’s relying in part on savings to pay her bills.

“There’s a lot of salon owners and stylists who refuse to close until it’s mandated, and so they’re actively putting people at risk,” she said. “It’s incredibly frustrating.

“It’s really damn hard to cut your own hair,” she said.

Some of her regulars are paying for their canceled appointments.

“My clients are my family,” Howell said, breaking down in tears. “It really means a lot for people to reach out.”

Kelly Cardenas, who shut down his salons in Las Vegas, Chicago and Carlsbad, Calif., calls the DIY hair experiments playing out in homes and on social media a mere “15 minutes of feeling OK that could take your hairdresser up to a year to ﬁx.” Debra Hare-Bey, a braider and stylist in Brooklyn, said black hair, depending on texture, length and style, might pose home challenges for those used to relying on specialists. Asked how her clients are feeling now that her home business is closed until the health emergency subsides, she said: “It’s pandemonium. Pure and simple. They’ve lost their minds.”

Mylena Sutton, 43, in Haddonﬁeld, NJ, isn’t ready to take matters into her own hands.

“I’m an African American woman with very kinky, curly hair that tends toward being dry. I don’t relax my hair, but I do color it and there’s no way in the world that I’m attempting that at home,” she said.

For now, she’s covering her roots with hats, headbands and “overall hiding.”

Kody Christiansen, a student at New York University, went the box-color route with a slight mishap, but has no regrets. The 30-something about to graduate with an associate’s degree was going for platinum, like the person on the box. He wound up a brassy yellow instead, but used a silver spray he had on hand to even out his color for a two-tone effect.

“It’s a metaphor for my life,” said the Bronx actor and author, who until a few years ago was homeless and addicted to drugs and alcohol. “Until recently, my life wasn’t anything like life on the box.”

Brian Coughlin, 35, in Evanston, IL, usually heads to the barber every eight to 10 weeks. He was about a month overdue when he asked his wife, Ashley, to try the clippers. “Huh! huh!” Ashley gasped near the end of a YouTube video they made during the process. She forgot to snap on the appropriate attachment for the clippers and carved a bald spot into the back of his hair.

“I’m sorry. I was doing so good,” she said, to which Brian replied: “It’s OK. Just cut around it and we’ll see what we can do.”