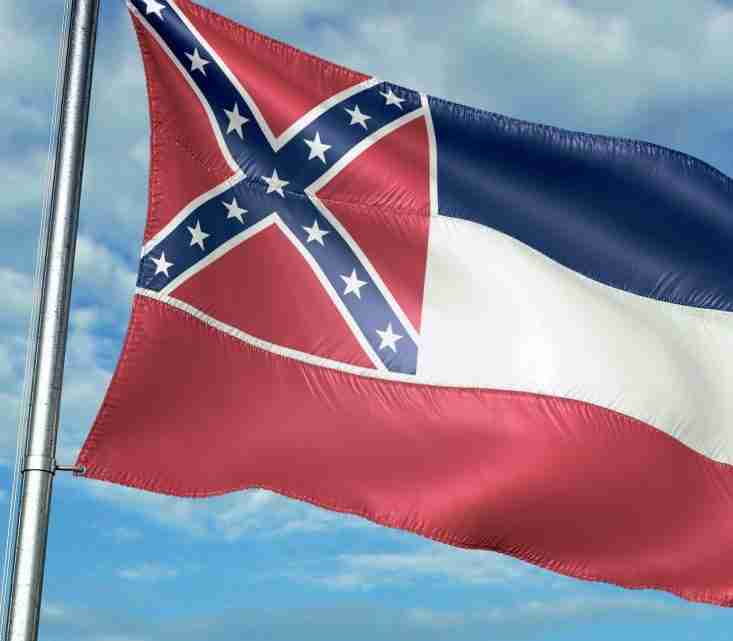 Jacksion, Miss. (AP) – A state agency said Monday that the public can submit proposals for a new Mississippi flag, using two requirements in state law: The designs cannot include the Confederate battle emblem, and they must have the phrase, “In God We Trust.”

Mississippi does not have a banner, and will not for a few months, because it recently retired the last state flag in the U.S. with the Confederate battle symbol that many see as racist.

The state Department of Archives and History said Monday that it will collect flag proposals from the public until Aug. 13. Those will go to a ninemember commission that will design a new flag. The department said designs should use two or three colors and have meaningful symbolism.

“The flag should be so simple that a child can draw it from memory,” the department said in a news release.

On June 28, a broad coalition of legislators passed the landmark legislation to retire the flag, capping a weekend of emotional debate and decades of effort by Black lawmakers and others who see the rebel emblem as a symbol of hatred. A groundswell of young activists, college athletes and leaders from business, religion, education and sports called on Mississippi to make the change.

Republican Gov. Tate Reeves signed the bill June 30, immediately removing ofﬁcial status from the banner. The new law requires a ceremony for the “prompt, digniﬁed and respectful removal” of the flag, and that took place July 1 at the state Capitol.

The commission will recommend a single flag design that will be put on the Nov. 3 ballot. If voters reject it, the commission will draft a different design using the same guidelines, to be sent to voters later.

The Confederate battle emblem has a red ﬁeld topped by a blue X with 13 white stars. White supremacist legislators put it on the upper-left corner of the Mississippi flag in 1894, as white people were squelching political power African Americans had gained after the Civil War.

Critics have said for generations that it’s wrong for a state where 38% of the people are Black to have a flag marked by the Confederacy, particularly since the Ku Klux Klan and other hate groups have used the symbol to promote racist agendas.

Mississippi voters chose to keep the flag in a 2001 statewide election, with supporters saying they saw it as a symbol of Southern heritage. But several cities and all the state’s public universities stopped flying the flag because of the Confederate symbol.

Next post ‘Church of Presidents’ St. John’s once again etched in history