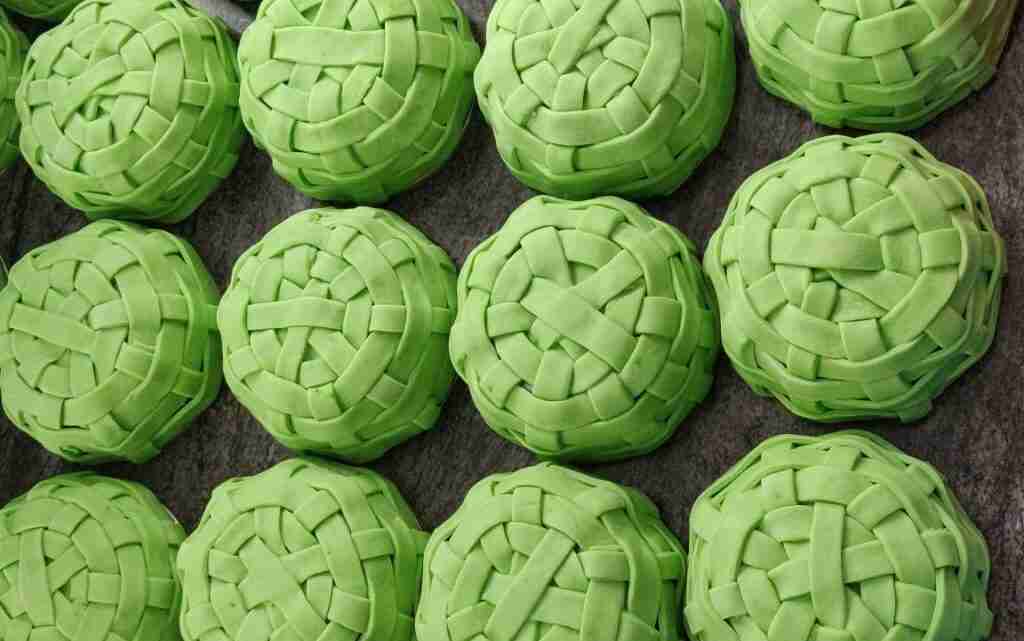 If you’re tired of cleaning up after meals, how about just nibbling away at it? Edible cutlery can now be part of your meal plan, as well as a way to help save the planet.

Plastic cutlery, a leading cause of environmental pollution, generates over 33 lakh tons of plastic waste in India annually, according to the Central Pollution Control Board’s annual report for 2018-19.

Recently, environmentally conscious people in India have taken up the challenge of reducing the use of plastics by producing and selling edible cutlery and cups. The new plant-based products, made of wheat, jowar (millet), and jaggery (unrefined cane sugar), are now available in India for as little as INR 2 (less than 1 cent U.S.) per piece up to a few hundred Indian rupees (a couple U.S. dollars).

Shaila Gurudutt and Lakshmi Bheemachar both quit their jobs at IBM to start a firm that makes edible cutlery under the brand name Edible Pro.

As part of their effort, the duo went so far as to obtain certification from the Defense Food Research Laboratory, part of the Defense Research and Development Organization that researches food science and food technology.

“Nobody would buy my products based on my word,” said Gurudutt. “I needed some authority to certify that my edible cutlery could indeed be consumed. That is why I approached the DFRL. It took me one-and-a-half years to get accreditation from them.”

Gurudutt and Bheemachar hope to break even next year, and are making their processes fully automated. From Ayurveda hospitals to ice-cream parlors, the duo’s products are now used by a variety of places. They are also looking to attract investors to help the company grow. In addition to India, their products are sold in Germany, the United States and many other countries.

They have taken steps to ensure that their products are not only useful, but also aesthetically pleasing — and taste good.

“To attract children, we have started making spoons shaped like teddy bears,” said Bheemachar. “This will help us make the next generation understand the dangers of littering our planet with plastic.”

Another entrepreneur, Puneet Dutta, left is job in the U.S. to return to India and start edible tableware company Attaware. To understand the market, Dutta pushed his products through different kinds of retailers.

“I went to a liquor shop in the National Capital Region and gave the person running the bar some of my edible glasses and asked him to sell them,” said Dutta. “He managed to sell these glasses for INR 20 each (27 cents). That is when I realized there is a market for edible cutlery.”

Sadhvi Virkar, a resident of Mumbai who has used edible cutlery, said that she would recommend it to others. She said edible spoons are quite sturdy and are suitable for consuming most Indian foods.

“You can use it for Indian dishes, dry food and snacks, but it is not good for liquids. It is also fun to munch these spoons,” said Virkar.

For these edible cutlery makers, the most difficult thing is to convince people to buy their products.

“People tend to compare it with plastic,” said Gurudutt and Bheemachar. “They think it is better to spend on a plastic vessel rather than on edible cutlery, so it is a challenge to sustain the business until more people are converted.”

Gurudutt, Bheemachar and Dutta believe the market will open up post-pandemic because people have become more hygiene conscious and will use cutlery that can be disposed of in a green way. Edible cutlery that isn’t eaten can also be used as fertilizer, and it decomposes quickly.

Edible Pro and Attaware are just two of the many edible cutlery makers in India.

Arun Krishnamurthy from the Environmentalist Foundation of India is happy that the trend of edible cutlery is catching up but worries that it has not yet shed its “elite” tag.

“The spread and distribution of use-and-throw cutlery at throwaway prices are hard to beat,” said Arun. “Edible cutlery would make a mark only when it is available in bulk at reduced prices.”

While there are no exact statistics on how big the edible cutlery market is, studies show that India will be a key global player in this sector. According to a report by Grand View Research called “Edible Cutlery Market Size, Share, Trends Industry Report 2019-2025,” India will be a key market in this sector. The report suggests that these products have gained popularity in India, Bangladesh, Pakistan, Myanmar and Bhutan.

A report by ResearchAndMarkets.com on the edible cutlery segment states that the industry in the Asia-Pacific region is set to have a compound annual growth rate of 12.7 percent.

“Countries such as Australia, the U.S., the UK, India and China are the largest spenders on healthy alternatives for plastics, which, in turn, propels the growth of the edible cutlery market opportunity,” the report states.

The post Have Your Fork and Eat It Too: Edible Cutlery Gains Foothold in Indian Market appeared first on Zenger News.

Next post Home Chefs Stirring Up Food Scene In India