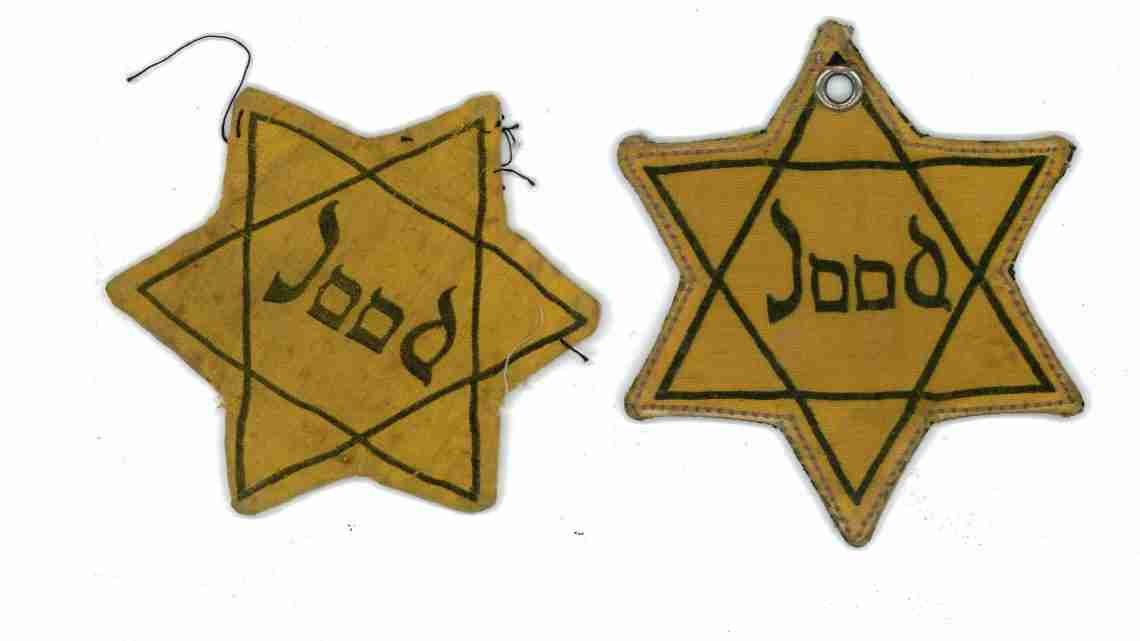 The yellow Stars of David that Jews in the Netherlands were forced to wear during World War II were all produced in the same clothing factory. The man whose family owned it died last week at the age of 98.

Henk van Gelderen’s family had no choice: Nazis seized the factory in the eastern city of Enschede after they invaded in 1940. Five years later he went back and resumed running the family business.

The six-pointed cloth yellow stars carried the Dutch word “Jood.” Beginning in 1939 all Jews older than 6 were required to wear them any time they left their homes in Nazi-occupied territory.

They cost 4 cents each, and four were made for every Jew in the Netherlands. Jews found without a star were immediately punished, sometimes shot to death.

Marking Jews with the cloth badges was a Nazi practice all over Europe, easing the path to a five-year genocide that left 6 million of them dead. Nazi dictator Adolf Hitler aspired to wipe out the world’s Jewry, calling his plan the “Final Solution.”

His armies built a vast network of concentration all over Europe, often working Jews and other “undesirables” to death and killing those deemed too old or sick to work at all.

Van Gelderen would return to his hometown after the war, reclaiming his family’s business and running it for decades.

In a videotaped interview before his death, van Gelderen said he didn’t blame any of the Dutch workers who used his family’s machines to produce the yellow stars that often marked Jews for death.

“What could they have done?” he asked. “The factory had a German boss. They got the order. They had to eat. If they hadn’t done it, others would have.”

The involvement of his family’s factory in producing the yellow stars was a secret van Gelderen kept until 1997, when an investigation by the Dutch Jewish Historical Museum discovered the truth. It was thought until then that the stars were produced in Poland.

While the looms and fabric printers operated, turning out 569,355 stars on bolts of yellow-dyed cloth, van Gelderen went into hiding in Amsterdam. In 1942 he joined an underground resistance cell named “Rolls Royce.” The group worked to save the lives of thousands of Jews.

Henk, masquerading as “Johannes Boers,” made false identity cards and travel documents that helped Jews pose as gentiles—allowing them to evade the Nazis’ attempts to round up Jews.

He survived the war but his brother Matthieu was captured and sent to the Sachsenhausen-Oranienburg concentration camp on the last train headed there.

Matthieu was murdered only weeks before Allied forces liberated the camps.

Fewer than 400,000 Jews who survived the Holocaust are still alive 75 years later, the majority of them in their seventies, according to the JFCS Holocaust Center in San Francisco.

“The survivors of the Holocaust serve as our greatest teachers,” said the center’s educational director Leslie White. “But when they are gone, it’s our responsibility to teach and tell their stories and to keep this history alive.”

Beth Kean, CEO of the Los Angeles Museum of the Holocaust, said that “those who hid their neighbors or joined the resistance, like Henk van Gelderen, made brave, sometimes risky, decisions because they knew it was the right thing to do.”

Next post PHOTOS: Wildlife caught on camera reveal a rainforest on the mend

Previous post Love can blossom in the bleakest of places