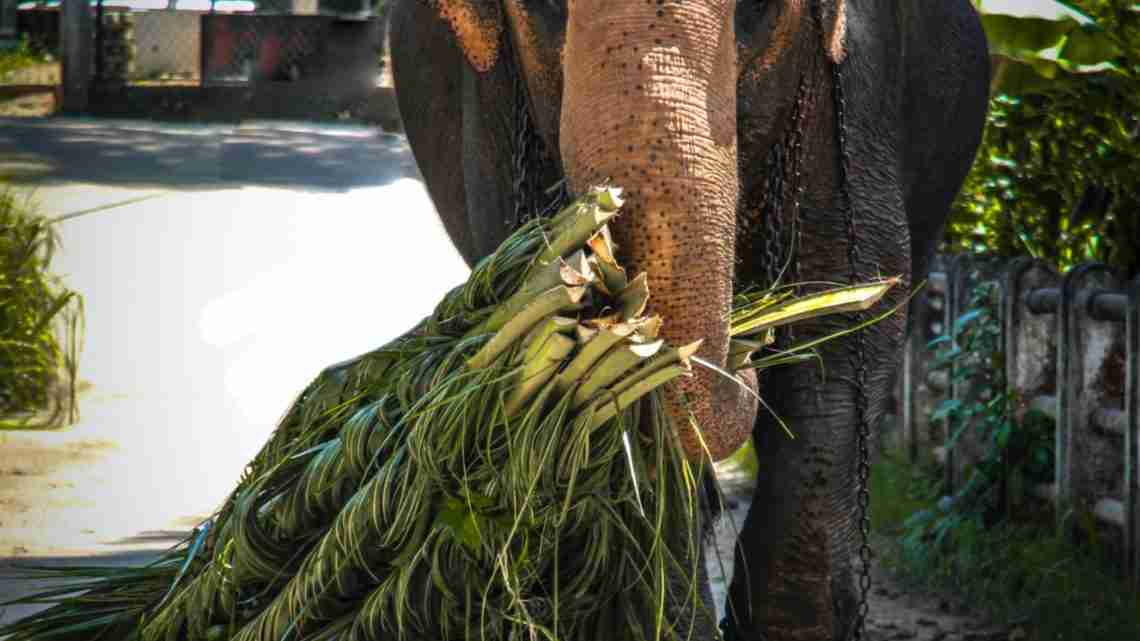 The rate of human-elephant conflict in Sri Lanka has increased exponentially in recent years., with environmental experts blaming human encroachment on pachyderm habitats.

Deforestation of protected areas for agriculture and commercial development is rampant. As a result, elephants deprived of their natural habitat venture into human settlements..

“The highest number of human-elephant conflicts since 1948 was recorded in 2019, with 405 elephants and 121 humans reported dead,” said Sajeewa Chamikara, a member of the Movement for Land and Agricultural Reform, a nongovernment organization.

He said that depletion of elephants’ natural habitats is a major cause of the deaths.

“Grasslands have been depleted in protected areas like Udawalawe because of the spread of invasive plants such as lantana and guinea grass,” said Chamikara. “This destroys the food sources of elephants, who are then forced to come out of their protected zones.”

The Udawalawe National Park, about 146 kilometers (about 90 miles) southeast of the Sri Lankan capital of Colombo, is a major elephant area in the island nation. Chamikara said guinea grass was cultivated in Sri Lanka for feeding cows, but it has become an invasive plant, destroying other plants that elephants consume.

“To prevent elephants from barging into human settlements, they are being captured and relocated elsewhere,” said Chamikara. “This does not solve the problem — this only shifts it to another area.”

Animal rights activists in Sri Lanka have been outspoken on the issue, alleging that the Department of Wildlife Conservation was planning to relocate a tusker called Kawanthissa to the elephant holding grounds at Horowpathana National Park in the north-central province.

“We don’t have any idea of this,” said U.L.Taufeek, head of the wildlife department’s elephant conservation unit.

The department said that 186 elephants have died so far this year because of human-animal conflict. Horowpathana is one of the areas where the conflict is increasingly severe.

Elephant holding grounds are like orphanages. The Horowpathana site is among the first of its kind in the world. Spread over 1,000 hectares (nearly 2,500 acres), it accommodates aggressive elephants and tuskers. Currently there are 55 elephants in Horowpathana. In the past five years, it has reported 15 deaths.

“Most elephants that are captured and brought to Horowpathana suffer from gunshots wounds,” said Taufeek. “We were unable to save them.”

Environmental experts say Horowpathana is not designed to accommodate a group of tuskers. The quality of the electric fencing in the conservation park is also inadequate, they say. In 2017, a tusker called Thanidalaya escaped.

“One or two cases of elephants escaping have been reported,” said Taufeek. “We are planning to extend the fence to avoid such incidents.”

“The elephants that escape are the ones destroying homes and fields in Polonnaruwa,” said Chamikara.

Polonnaruwa, a UNESCO World Heritage Site, is about 80 miles south of Horowpathana. This is also the site of the largest number of elephant deaths reported in the country, half of them caused by human activity, according to a report by the Auditor-General.

Farmers in the area often use firearms, electric shock or poison to keep the elephants away.

“The Flora and Fauna Protection Ordinance is enough to protect elephants, but the problem lies with enforcement,” Jagath Gunawardana, a senior environment lawyer, told Zenger News.

“We must stop seeing this as a human-elephant conflict and look at the bigger picture, which is the fragmentation of wildlife habitats,” Gunawardana said.

Development activities have brought humans into conflict with animals in other parts of Sri Lanka as well.

At Hambantota, 147 miles south of Colombo, such development has increased recently. The area has 10 percent of Sri Lanka’s elephant population.

The government has announced a managed elephant reserve connecting the Udawalawe, Lunugamvehera and Bundala wildlife reserves, but the plan has not moved ahead. In the meantime, more land from the area has been cleared, including 600 acres allotted to solar farms and a similar size parcel for construction of the Matara highway.

“The government aims to use the land for development projects,” said Chamikara.

Taufeek, head of the wildlife department’s elephant conservation unit, said, “No land reserved under the department of wildlife is used for development purposes.”

The total forest cover in Sri Lanka is 29.7 percent of the nation’s total land area, which includes 13 conservation forests. The protected area, largely managed by the wildlife department, is 28.5 percent of the total area of the country.

Environmentalists have been critical of how development is undertaken.

“When a district plans to undertake development activities, the total area of land in the district needs to be categorized into landmass required for management of the watershed, wildlife, agriculture,” said Gunawardana. “Only then is land allotted for development.”

He said that many of these provisions had been ignored at Hambantota.

When the Mattala Rajapaksa International Airport was built in 2013, 800 hectares (just under 2,000 acres) of forest had been cleared. Another 15,000 acres were cleared to construct a seaport, an international airport and a convention center.

A road built to connect the airport to Lunugamvehera cut through the reserve forests, allowing elephants to wander into human settlements.

“An environmental impact assessment should be mandatory before allocating land for commercial and development activity to ensure sustainable development,” said Chamikara.