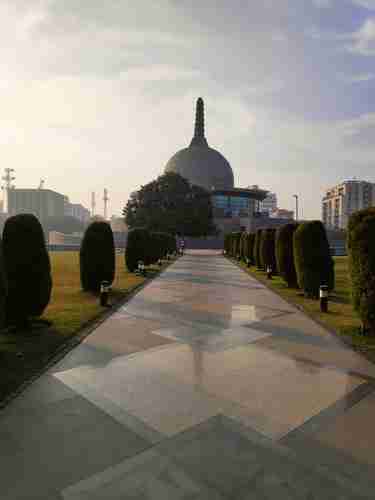 The Election Commission of India has announced that elections for the local legislature in the eastern state of Bihar will be held in October and November even as the Covid-19 pandemic continues unabated in the country.

Prime Minister Narendra Modi’s Bharatiya Janata Party (BJP) is part of the ruling coalition in the state led by Bihar Chief Minister Nitish Kumar. The other major party in the coalition is Kumar’s Janata Dal (United) or JD(U).

Elections to state legislatures, as with elections to the national parliament in New Delhi, take place every five years. In the run-up to the 2015 Bihar elections, Nitish Kumar formed a coalition with former chief minister Lalu Prasad and his Rashtriya Janata Dal (RJD). The RJD emerged as the biggest winner, with 80 of the 243 seats in the Bihar Assembly. The JD(U) won 71 seats. The BJP came in third with 53 seats. The coalition of the RJD and the JD(U), however, did not last long — in July 2017, Kumar ditched Prasad and joined with the BJP.

“In India, politics takes priority over everything else,” said Dr. T. Jacob John, a prominent virologist in the country. “So, the election has become a priority over epidemic control.”

The number of Covid-19 cases in India crossed 6.2 million on Sep 30, with over 84,000 new infections a day recorded on October 1. There have been over 98,000 deaths. India is second only to the United States in the total number of cases and deaths.

Arora said elaborate arrangements will be in place during the Bihar elections. The state’s population is about 99 million — greater than in most major European nations, including Germany (83 million), the UK (66 million), and France (67 million).

There will be over 100,000 polling booths., with the average number of voters per booth at about 1,000. Voting that typically would take place from 10 a.m. to 6 p.m. will end at 5 p.m. in areas affected by left-wing extremism.

Voters older than 80 may use postal ballots. Those in quarantine will be allowed to cast their votes toward the end of the election day, under supervision of health officials.

“These are comprehensive measures,” said Giridhar Babu, professor and head of lifecourse epidemiology at the Public Health Foundation of India.

“Rural areas with sparse population are at a lower risk as compared to urban areas where the population density is high,” he said. “But public spaces are already opening up in India — it is an experiment.”

From John’s point of view, the government has stopped worrying about the epidemic.

“It is only the media, public health experts, and health care workers who are worried. Hence, whether or not the virus will spread more in case of an election has not influenced the decision of the election commission,” he said.

John, who has been studying the pandemic in India, added that cases peaked in September and death rates were lower.

“Repeated transmissions make the virus ‘adapt’ to the new host, and in general there is a tendency for reducing virulence,” he said. “So, any community that is affected late, death rates may be lower than in communities affected early.”

Covid-19 infections in Bihar declined significantly in September, with the number of daily cases remaining under 2,000. On Sept. 29, the state recorded 1,435 new infections. Over 92 percent of the infected patients have recovered, according to government records, and the number of fatalities has not crossed 1,000.

But there are concerns about accurate reporting of cases. Bihar is counted among states with a poor health infrastructure.

“There is underreporting in many parts of Bihar that requires improved management in terms of finding the cases, finding those who have symptoms and then testing them,” said Babu.

“Since India does not have an efficient public health surveillance system, there is no method to validate any information on health events and deaths,” said John.

Next post Amnesty Shuts Down Operations in India, Citing ‘Witch Hunt’ by Government