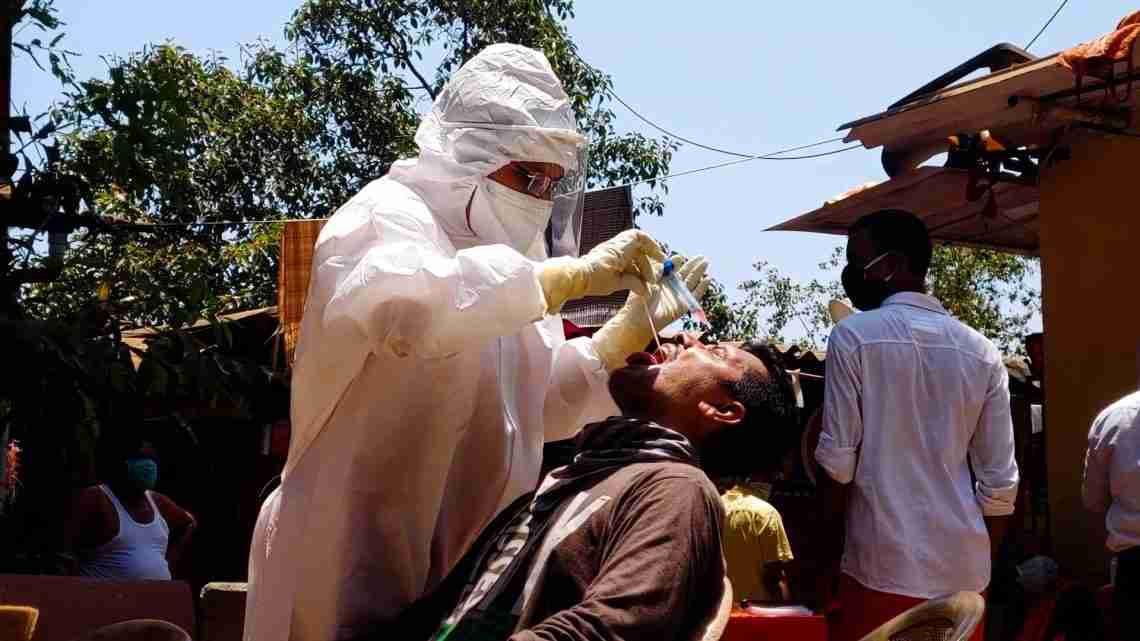 MUMBAI — The clinical trials of Oxford-AstraZeneca’s vaccine candidate for Covid-19 have been paused in India.

The Serum Institute of India, which is conducting the clinical trials, announced the pause on Sept. 10. The Swedish-British pharmaceutical giant had declared a “voluntary pause of vaccination” one day earlier after a volunteer developed an unexplained illness in the UK Phase-III trial.

The Serum Institute of India, known as the world’s largest vaccine maker, has collaborated to manufacture the Oxford-AstraZeneca’s candidate, and it launched multicentre phase-II and -III trials last month in 17 sites across India.

“We are reviewing the situation and pausing India trials till AstraZeneca restarts the trials,” said a statement issued by the institute of Sept. 10. “We are following Drug Controller General of India’s instructions.”

AstraZeneca announced the development on Sept. 9.

“A standard review process has been triggered, leading to the voluntary pause of vaccination across all trials to allow an independent committee to review the safety data of a single event of an unexplained illness that occurred in the UK Phase III trial,” its statement said. Illnesses can happen by chance in large clinical trials and must be independently reviewed, the company said.

CEO Pascal Soriot called the delay a “temporary pause” and said it’s “living proof that we follow those principles while a single event at one of our trial sites is assessed by a committee of independent experts.”

“We will be guided by this committee as to when the trials could restart so that we can continue our work at the earliest opportunity to provide this vaccine broadly, equitably and at no profit during this pandemic,” he said.

The Serum Institute is headquartered in Pune, a city in western India. It entered into a partnership last month with Gavi, the vaccine alliance, and the Bill & Melinda Gates Foundation to manufacture and deliver up to 100 million doses of Covid-19 vaccines for India and other low- and middle-income countries.

The Indian drug controller approved the trials on Aug. 3 and mandated that they are carried out at a pan-Indian level. The institute’s trials were to recruit 1,600 volunteers across 17 trial sites across the country. Data from the first 100 Indian participants who were vaccinated with the trial medication were sent to the Drug Controller General of India last week.

“The first 100 volunteers are from four trial sites,” said Dr. Jitendra Oswal, deputy medical director of the Bharati Vidyapeeth Medical College and Hospital in Pune, which has also submitted its data.

“The DGCI is currently in the process of analyzing the data based on which we would get the clearance to conduct the next phase of the trial,” added Dr. Oswal. The hospital is expecting to hear from the DCGI by next week.

In Mumbai, two civic-run hospitals were shortlisted as the trial sites.

“We have already recruited 100 volunteers as per the inclusion protocol set for the research,” said Dr. Ramesh Bharmal, dean of BYL Nair Hospital, a civic-run institute in Mumbai and one of the 17 trial sites. “However, we have not started the vaccination as of now. The paperwork to procure the vaccine stocks is still on.”.

Medical experts said that such temporary pauses are not uncommon in clinical trials. It is a common practice to conduct a review when any participant develops adverse events to the medicine that is being tested.

“We are awaiting the findings of the safety data on the first 100 volunteers,” said Dr. Hemant Deshmukh, dean of KEM Hospital in Mumbai, one of the trial sites.

“We will get a go-ahead based on that data. Meanwhile, our background work is on.” Dr. Deshmukh said that trial pauses are very natural and suggest that each event is being closely monitored.

Oxford-AstraZeneca’s vaccine candidate, AZD1222, is among the front-runners in the vaccine race. It uses a “replication-deficient chimpanzee viral vector based on a weakened version of a common cold virus (adenovirus) that causes infections in chimpanzees and contains the genetic material of the SARS-CoV-2 virus spike protein.”.

“After vaccination, the surface spike protein is produced, priming the immune system to attack the SARS-CoV-2 virus if it later infects the body.”