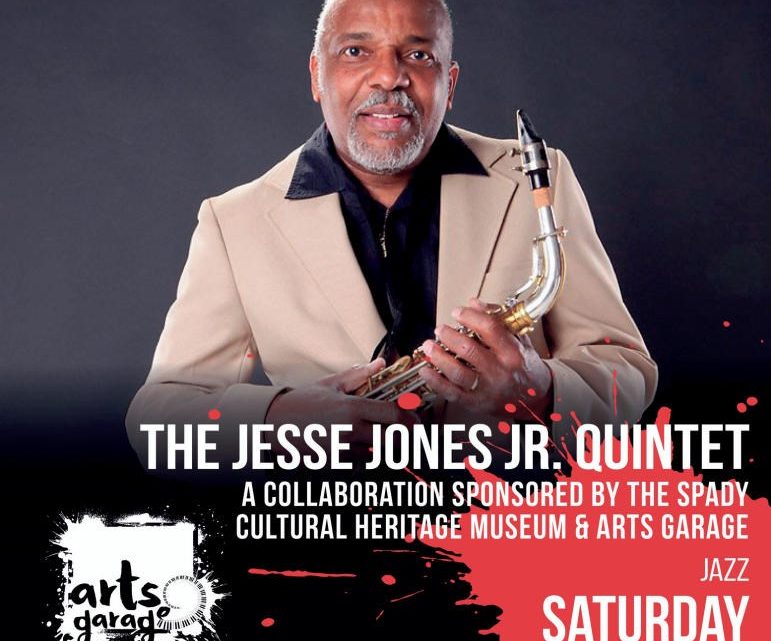 Delray Beach, Fla. – The Jesse Jones Jr. Quintet will take to the stage at 8 p.m. on Saturday, August 21, bringing a combination of hard-bop, funk and R&B to the Arts Garage.

Held in collaboration with the Spady Cultural Heritage Museum, the concert will deliver the quintet’s intricate arrangements, indicative of the many years these musicians have been together.

Tickets are $25-$30 and can be purchased at artsgarage.org/event/the-jesse-jones-jr-quintet-a-collaboration-sponsored-by-the-spady-cultural-heritage-museum-arts-garage/.

Jones Jr. is a Miami-born and bred saxophonist. He and his brother, the late virtuoso trumpeter, composer, arranger and educator Melton Mustafa, have been a musical force in South Florida for many years.

Jones Jr.’s love affair with music began when he was a child, listening to his neighbor practice his saxophone, while playing along with Cannonball Adderly’s albums.

“I loved that sound and knew right then (that) I was going to be a musician for the rest of my life,” he said.

After attending university, Jones Jr. joined the military and became a member of the U.S. Navy Show Band. He traveled throughout North and South America, developing his showmanship skills. In addition to sax, Jones Jr. plays clarinet and flute. He also sings, tap dances and performs comedy skits.

“I just love to perform and make people feel good and satisﬁed with what they are hearing and seeing,” he said. After serving his term in the military, he lived in Boston, before moving back to Miami, where he signed with Fantasy Records in 1996 and produced his ﬁrst CD.

In the quintet he performs alongside pianist Silvano Monasterios, bassist Paul Shewchuk and drummer James Cotman.