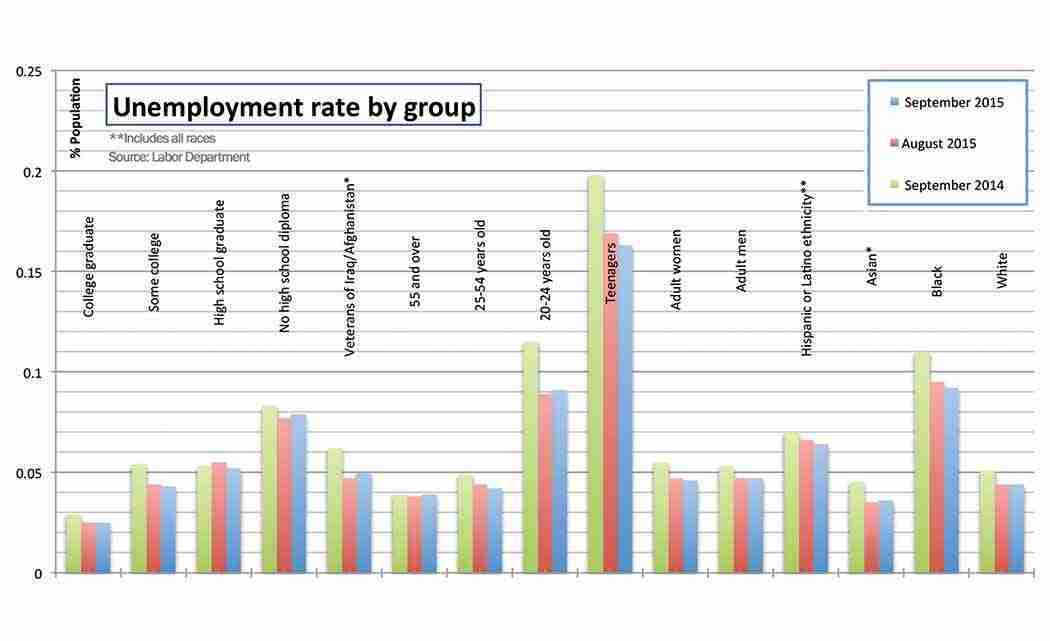 The unemployment rate for black Americans fell to 9.2 percent, close to a seven-year-low hit in July.

Despite the improvement, an employment gap by race remains stubbornly wide: The jobless rate for African Americans is more than twice the rate for whites.

For recent veterans, unemployment climbed to 5 percent from 4.7 percent in August.