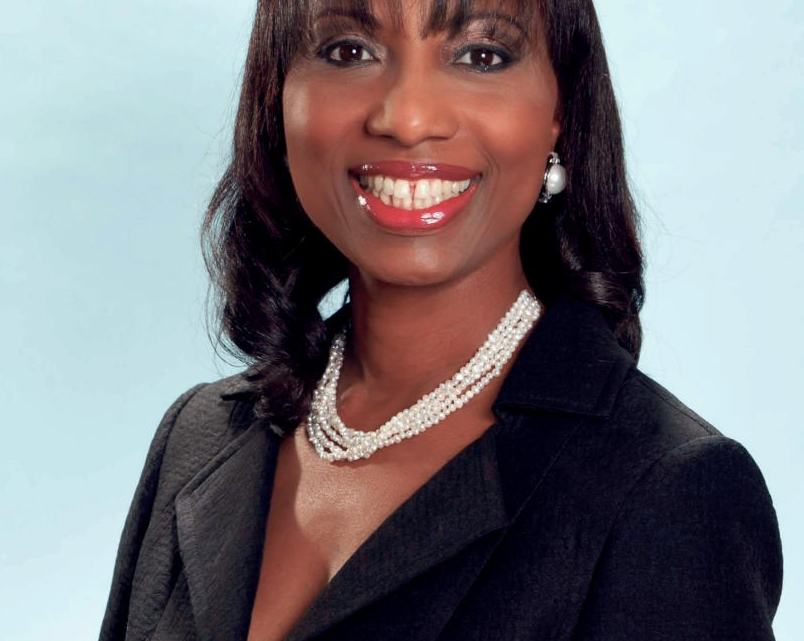 Ever since childhood JoLinda Herring has been cool, calm and collected – traits that would lead her to the pinnacle of her law career.

Her godsister, Vivian Blackmon-Taylor, recalls taking JoLinda to school with her on the last day of school when Blackmon-Taylor was in middle school and JoLinda was a mere toddler. And even though it was a long, seven-hour school day, the preschooler took it with a grain of salt. She was as cool as a cucumber.

“She wasn’t fidgety, she was not making noise, and she was very attentive for a little girl,” said Blackmon-Taylor, who says that’s the reason she wasn’t surprised that Herring made history last week when named chief executive officer and managing shareholder of the Bryant Miller Olive P.A. (BMO) law firm in Miami. Herring is now over the prestigious firm’s offices throughout Florida and the United States. They have seven locations in Florida, Atlanta and Washington, D.C. Herring now oversees all of them making her the first African-American in the firm’s 50-year history to become CEO and main shareholder.

It’s a feat others saw coming.

“I’m excited but not surprised,” said Blackmon-Taylor upon learning the news. “Her promotion is just another stepping stone to where she’s headed.”

In their announcement last week, BMO stated that Herring joined the firm in 1994 as a law clerk, and upon graduation from the Florida State University College of Law and admission to the Florida Bar in 1996, began as a practicing attorney with the firm at that time. She has held many top-level positions with the company, culminating in her recent promotion.

“I am honored to be appointed as BMO’s new CEO and managing shareholder,” Herring said. “As a member of this prestigious firm for more than 25 years, I look forward to serving as it’s leader.” She noted that public finance is among the most complex forms of law and she is among Florida’s first black female attorneys to foray into that arena.

FISK U. TO FMU

But she is no stranger to success. Her family’s business, Herring Paving, started in 1968 by her father, was a fixture in Palm Beach County for decades. For a time, she worked for the family business. There is a community garden park named for her parents in Riviera Beach. Herring graduated from Fisk University, a historically Black university, where she currently serves on the board of trustees. She earned an MBA with honors from Vanderbilt before going to law school at Florida State University. Previously she was chairman of the board of trustees for Florida Memorial University, another HBCU in Miami where she resides.

In 2019 and 2020 Herring was named one of the Best Lawyers in America. And true to form, just as that toddler who went to “big school” with her godsister and was cool, calm and collected, Herring, a highly touted attorney, doesn’t get all the fuss. Ever humbled by it all, she is content doing her part to make the world a better place and serving others. For this groundbreaking history maker, it’s truly a way of life.