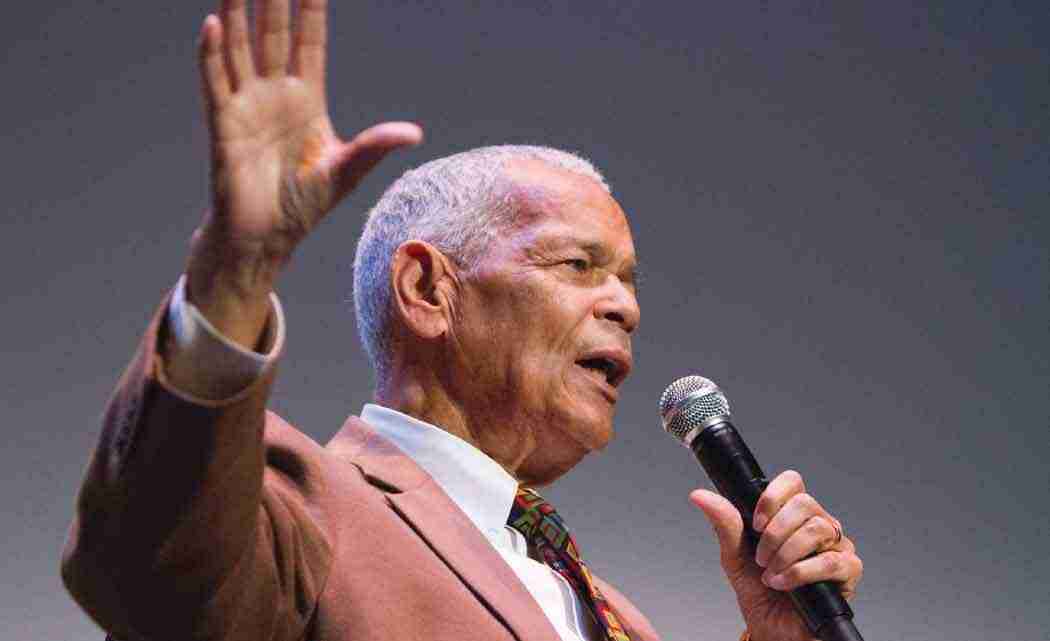 
ATLANTA — Julian Bond’s life seemed to trace the arc of the civil rights movement, from his efforts as a militant young man to start a student protest group, through a long career in politics and his leadership of the NAACP almost four decades later.

Year after year, the cool, telegenic Bond was one of the nation’s most poetic voices for equality, inspiring fellow activists with his words in 1960s and carrying the movement’s vision to succeeding generations as a speaker and academic. He died Saturday at 75.

Former Ambassador Andrew Young said Bond’s legacy would be as a “lifetime struggler.”

“He started when he was about 17 and he went to 75,” Young said. “And I don’t know a single time when he was not involved in some phase of the civil rights movement.”

Bond died in Fort Walton Beach, Florida, after a brief illness, according to a statement issued Sunday by the Southern Poverty Law Center, an advocacy group that he founded in 1971 and helped oversee for the rest of his life.

“Justice and equality was the mission that spanned his life,” Obama said in a statement. “Julian Bond helped change this country for the better. And what better way to be remembered than that.”

Bond burst into the national consciousness after helping to start the Student Non-violent Coordinating Committee, where he rubbed shoulders with committee leaders Stokely Carmichael and John Lewis. As the committee grew into one of the movement’s most important groups, the young Bond dropped out of Morehouse College in Atlanta to serve as communications director. He later returned and completed his degree in 1971.

Bond was elected to the Georgia House of Representatives in 1965 but fellow lawmakers, many of them white, refused to let him take his seat because of his anti-war stance on Vietnam. The case went all the way up to the U.S. Supreme Court, which ruled in his favor. Bond finally took office in 1967.

Eleanor Holmes Norton was Bond’s colleague on the student committee and later wrote a friend-of-the-court brief for the American Civil Liberties Union when Bond’s case was before the high court.

“If this was another movement, they would call him the PR man, because he was the one who wrote the best, who framed the issues the best. He was called upon time and again to write it, to express it.”

Bond was often seen at the forefront of protests against segregation. In 1968, he led a delegation to the Democratic National Convention, where his name was placed in nomination for the vice presidency, but he declined because he was too young.

He served in the Georgia House until 1975 and then served six terms in the Georgia Senate from 1975 to 1986. He also served as president of the law center from its founding until 1979 and was later on its board of directors.

In 1998, Bond was elected board chairman of the NAACP and served for 10 years.

Bond was known for his intellect and his even keel, even in the most emotional situations, Young said.

“When everybody else was getting worked up, I could find in Julian a cool serious analysis of what was going on,” Young said.

Bond was “a thinker as well as a doer. He was a writer as well as a young philosopher,” said Charlayne Hunter-Gault, a journalist who struck up a friendship with Bond in the early 1960s, when she was a student at the University of Georgia and he was an activist in Atlanta in the newly founded committee.

“Everybody is not going to be out there in the street with their hands up or shouting,” she said. “There’ve got to be people like Julian who participate and observe and combine those two things for action and change that make a difference.”

Morris Dees, co-founder of the law center, said in a statement that the nation had lost one of its most passionate voices for justice.

“He advocated not just for African-Americans but for every group, indeed every person subject to oppression and discrimination, because he recognized the common humanity in us all,” Dees said.

After leading the NAACP, Bond stayed active in Democratic politics. He made regular appearances on the lecture circuit and on television and taught at several universities.

“You can use the term giant, champion, trail blazer _ there’s just not enough adjectives in the English language to describe the life and career of Julian Bond,” said Doug Jones, a former U.S. attorney in Birmingham, Alabama.

“A voice that has been silenced now is one that I just don’t think you can replace,” Jones said.

Horace Julian Bond was born Jan. 14, 1940, in Nashville, Tennessee. He is survived by his wife, Pamela Horowitz, a former staff attorney for the law center, and five children.