TALLAHASSEE, Fla. — The Florida Supreme Court has ruled that a constitutional measure legalizing marijuana for medical purposes can be placed on the ballot for next November’s general election.

The seven justices ruled Thursday that the petition and summary satisfy the legal requirements of the Florida Constitution.

The remaining hurdle to getting it placed on the ballot is getting enough valid signatures. As of Thursday, Florida’s Department of Elections had 400,032 petition signatures validated. It needs 683,149, or eight percent of voters who cast ballots in the last presidential election. United for Care, which is sponsoring the proposed amendment, said in a statement that they have gathered 900,000 signatures.

A similar measure was on the ballot in 2014 and received 58 percent approval, which was two percent shy of what was needed for passage. 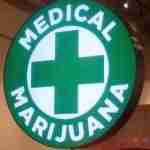