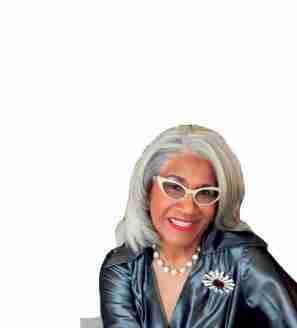 Congratulations to Joe Biden and Kamala Harris! Another historic milestone has been reached in American politicsHarris has broken the glass ceiling- and for that, I’m glad.

So now let the work begin.

I can’t wait to put 2020 behind me. It was, among other things, the year we learned that being called a racist no longer carried the sting of a stigma. How else could so many US citizens publicly and loudly support Donald Trump for four years; scream for more?

No, being called a racist was a cloak comfortably slipped on, like other MAGA regalia, and worn around the shoulders of nearly half of the population who voted for Donald Trump in his failed election bid.

The label ﬁt many like a glove, or a hat. Tight and snug. Loud and proud.

Yet, being called a racist, once detested by most, was- during 2020- easily the least offensive charge you could make against anyone.

For the better part of the silly seasonwhen folk were jostling to align themselves with one candidate or anotherthe worst things you could be called during 2020 was a “liberal,” a “leftist,” a “socialist,” or even a seeker of equal “justice!”

And, if you dared to declare that “black lives matter,” you earned all those labels at once.

Now that the 2020 election is over, and we have a new president-elect and vice president-elect, we will undoubtably have new labels to defend, or reject.

Since “racist” is no longer a curse, but racism is still a disease on the ‘soul of the nation,’ the Biden/Harris administration has an even steeper uphill climb out of the great divide which Trump’s rhetoric and policies have exacerbated throughout the country.

No, most would agree, Trump did not create the divide. I submit that American-style racism was baked into the cake of our politics/policies from the time of the founding of the country.

No legitimate debate can easily deny this fact.

We must admit that living within a racist society has taken its toll – on non-whites for sure, but also on whites. Some of us are plumb worn out. But too many are still fully charged up-to seek revenge, continue to spew vitriol, and to polish their guns!

Recent scholarly research by Ibram X. Kendi (“How to be an Anti-Racist”), the journalistic expose of Isabel Wilkerson (“Caste, The Origins of Our Discon tents”), and the near daily contributions of Prof. Eddie Glaude (“Begin Again, a defense of James Baldwin”) on MSNBC, have offered salient analysis about why certain prejudices and violent tendencies still persist well into the twenty-ﬁrst century.

And what about those Black men who voted for Trump? Volumes will be written about them, and I suspect there will be a deep dive into the psychology of trauma that’s still being felt 400 years after slavery, our special brand of misogyny, the advantage of aligning with the dominant caste, a need to protect new found wealth, etc.

My response? The Central Park Five.

So, where does the post-election reality leave us?

After the celebrations die down and the morning after comes, the hangover headache has to be nursed.

We know that the folk who have held onto their racist views and behaviors are not gone. Too many Black men are still aggrieved. White women (55% voted for Trump) remain among us. And, the middle of the country cannot be annexed.

Biden/Harris promised to get to work on the pandemic, the economy, racial justice, and the climate – all at once.

We voted. We won. What can you do next?

The least we can do is hold them up in our collective cry for a united America. Then we can remain engaged in civic matters. We can continue to protest injustices wherever they occur. We can remain vigilant in our neighborhoods and communities to hold all our elected ofﬁcials to their promises – or vote them out. We can exercise our rights as citizens and demand a return on our investment of taxes to repair our roads, fund our schools, collect our garbage, better train our police, secure our safety from home-grown and foreign terrorists, etc.

While we can breathe a little easier, we must keep our eyes on Biden/Harris as they attempt to deliver the prize.