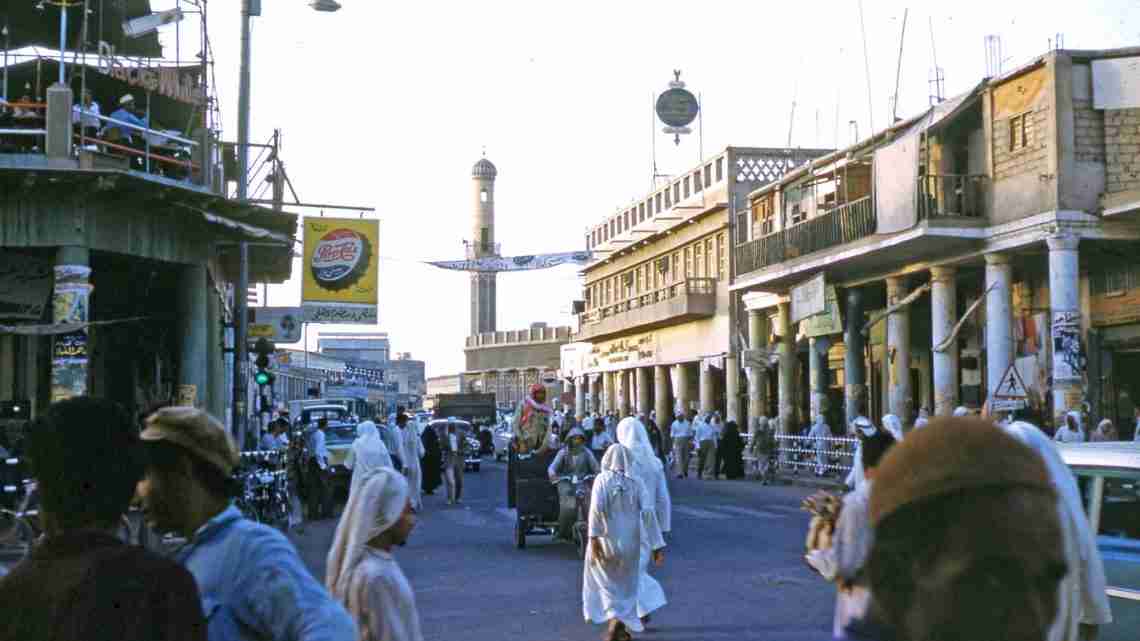 Video widely circulated online of a Kuwaiti man slapping an Egyptian cashier’s face several times has renewed debates about the treatment of foreign workers in the oil-rich Gulf state.

The footage shows a man slapping the Egyptian cashier, identified as Tarek Ashour, at least three times while a woman and security guards try to stop the attack. Kuwaiti activists claimed the Egyptian worker wanted to file a complaint against the man, but was persuaded not to by security officials who wanted to calm the situation. The incident took place late last month in a checkout line at an unspecified store in Kuwait.

Egypt’s Ministry of Manpower and Immigration responded to the video by saying the unnamed suspect has been arrested by the Kuwaiti authorities. It was not known if he has yet been charged. In a statement, the ministry also said what happened was “personal” and a “one-off” incident. (Exactly what sparked the confrontation was not disclosed.)

The statement added: “Nabila Makram Abdel-Shahid, minister of State for Immigration and Egyptian affairs abroad, contacted Ambassador Hisham Asran, consul general of Egypt in Kuwait, to follow up the position of the Egyptian who was assaulted by a citizen at work. During the call, Ambassador Asran stressed that the incident is personal and does not represent the strength of the bilateral relations between the two peoples and the stability of hundreds of thousands of Egyptian workers in the state of Kuwait.”

After the altercation, Ashour took to Facebook and offered up a lengthy defense of his actions: “You all blamed and insulted me for allowing the slaps of this Kuwaiti man to harm my dignity. For your information, I didn’t accept this beating and I didn’t even feel it. You do not know anything and you don’t even know what I was thinking at the time. My lost dreams, the prison that awaits me on my return to Egypt, my mother’s devastation, my father’s shock, and the disappointment of my sisters.

“So do not speak to me about dignity. When I graduated from my studies I could not find a job. I am a poor man and poverty comes at us like a hungry dog. I could not even buy a shirt or shoes. When I finally found a job that covers my expenses, coronavirus hit and I was made redundant. “Suddenly someone offers the opportunity to work in Kuwait but I needed 50,000 EGP (2,390 GBP). I had nothing but this was a dream that would take my family out of poverty.

“The man hit me as a coward, because he felt he could hit an employee who was weak, because he was a native in his homeland and I was a stranger. He was at home and I was a guest.”

Kuwaiti activists claim that Egyptian workers are subjected to constant racist abuse in the Gulf state. In May, popular Kuwaiti influencer Reem Al-Shammari said was criticized for calling Egyptians in her native country “servants” and “hired workers.” She added that the country is “only for Kuwaitis” and that Egyptians are “not equal partners.”

Like other Gulf Arab states, Kuwait relies on a large population of migrant workers for a range of positions ranging from domestic help to construction work. The United Nations estimates that around 35 million foreign nationals are employed in the six Gulf Cooperation Council  states of Bahrain, Kuwait, Oman, Qatar, Saudi Arabia and the UAE, as well as Jordan and Lebanon.

As for Kuwait itself, the CIA World Fact Book says the city-state’s population of about 3 million breaks down along the following racial lines: Kuwaiti 30.4%, other Arab 27.4%; Asian 40.3%; African 1%, other 0.9% (includes European, North American, South American, and Australian).