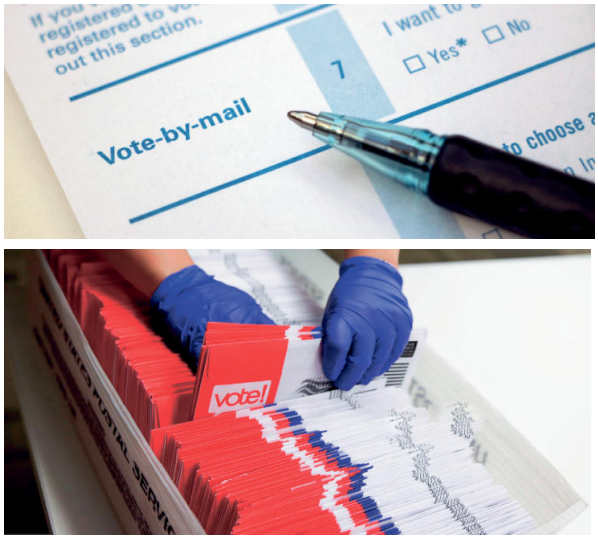 Boston (AP) – A group of minority voters ﬁled a petition Monday urging Massachusetts’ highest court to order the state to send applications to request a mail-in ballot to voters this week.

The petition was brought by a group of Black, Latino and Asian-American voters and the organizations Common Cause Massachusetts and MassVOTE, who say the court must step in to “ensure that the Commonwealth’s citizens may safely vote in the upcoming elections, despite the ongoing viral pandemic.”

Secretary of the Commonwealth William Galvin said the state is working to get the applications out as quickly as possible but needs lawmakers to give ﬁnal approval to funding for the postage.

“Were anxious to do it and we’ve made that very clear from the beginning,” Galvin said Monday. “But you have to come up with the money.” Republican Gov. Charlie Baker signed bill into law last week that will allow all registered voters who want to vote by mail for the remaining 2020 elections, including the Sept. 1 state primary and Nov. 3 general election. ”In addition, in-person voting will be expanded, in an effort to make voting more convenient, and also reduce the risk of crowding in polling places.

The law requires Galvin to send applications to request a mail-in ballot to voters by July 15, the petition says. But Galvin last week that he won’t be able to meet the July 15 deadline since lawmakers haven’t given him the funding to send the applications.

Oren Sellstrom of Lawyers for Civil Rights said the lawsuit was “the only available option to protect the health of voters, poll workers, and our democracy.” The voters say it will be hard for them to request mail-in ballots if they don’t receive the applications by mail because they have limited access to computers or printers.

“It is clear that Secretary Galvin has not taken the steps required to mail applications to voters, as state law demands. We hope to resolve this quickly because delay comes at the expense of those in our communities who are most vulnerable, particularly those historically disenfranchised who need safe ballot access the most,” Sellstrom, litigation director of Lawyers for Civil Rights, which is representing the voters, said in an emailed statement.

Debra O’Malley, a spokesperson for Galvin, said in an email that the application mailing is being printed and “can be mailed out as soon as funding for postage has been provided.”