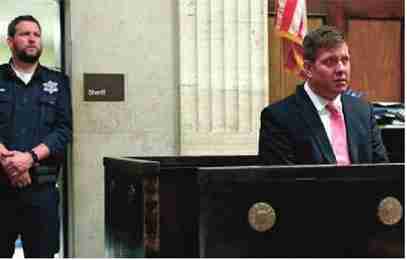 CHICAGO (AP) – Attorneys are expected to start questioning possible jurors in the trial of a Chicago police officer charged with first-degree murder in the 2014 shooting death of black teenager Laquan McDonald.

Dozens of prospective jurors in the trial of Jason Van Dyke filled out questionnaires last week, but Monday is expected to be attorneys’ first chance to talk to them.

One issue they will certainly be asked about is the extensive media coverage the shooting has received since the release of dashcam video of Van Dyke shooting the teen 16 times.

Van Dyke’s attorneys say they don’t believe he can get a fair trial in Chicago and have asked that it be moved from the city. The judge says he wants to see how jury selection goes before making a decision.