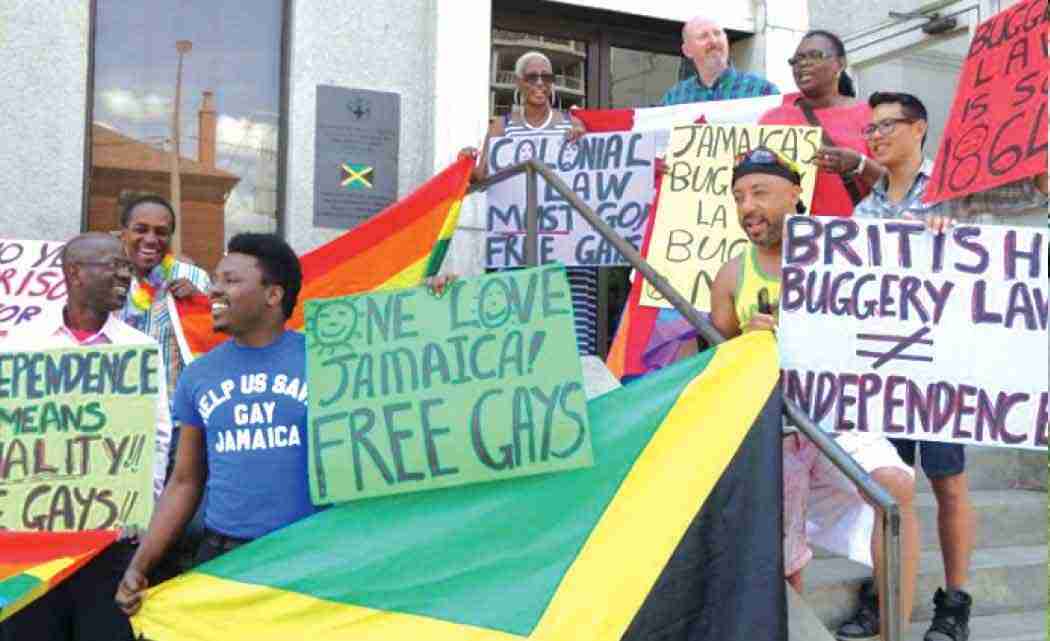 KINGSTON, Jamaica — Jamaica’s LGBT community is holding its first gay pride celebration, a weeklong observance that was previously almost unthinkable in a Caribbean country long described as the one of the globe’s most hostile places to homosexuality.

Events in the capital of Kingston have included a flash mob gathering in a park, an art exhibit and performances featuring songs and poems by lesbian, gay, bisexual and transgender Jamaicans. A dance party was set for Wednesday.

Gay rights activists said Tuesday the peaceful events are a clear sign that tolerance for LGBT people is expanding on the island even though stigma is common and longstanding laws criminalizing gay sex between men remain on the books.

“I think we will look back on this and see it as a turning point because many persons thought that it would never actually happen,” said Latoya Nugent of the Jamaica Forum of Lesbians, All-Sexuals and Gays, or J-FLAG, the rights group that organized the event.

For years, Jamaica’s gay community lived so far underground that their parties and church services were held in secret locations. Most stuck to a “don’t ask, don’t tell” policy of keeping their sexual orientation hidden to avoid scrutiny or protect loved ones. Two gay rights leaders were killed and a number of gay Jamaicans won asylum overseas.

But while discrimination against gays remains pervasive in many parts of Jamaica and anti-gay violence flares up recurrently, Nugent said there is an inaccurate perception overseas that homosexuals in Jamaica “can’t even walk on the streets because if you do you are going to be stoned or stabbed to death.”

“What we are seeing these days is more and more LGBT people willing to be visible, to be open, and to be public,” said Nugent, co-chairman of the planning committee for the events called PrideJa. “It’s remarkable.”

Some 80 incidents of discrimination, threats, physical attacks, displacement and sexual violence were reported to J-FLAG last year and the high-profile 2013 mob murder of transgender teen Dwayne Jones remains unsolved. There have been reports of targeted sexual assaults of lesbians. In a 2014 report, New York-based Human Rights Watch asserted that LGBT people in Jamaica remain the targets of unchecked violence and are frequently refused housing or employment.

A growing number of LGBT Jamaicans say they are refusing to live in the shadows.

“Yes, there’s still ridicule on the streets and some people look at you and laugh, but it’s not as violent as it was and we will insist on living our lives. There is a certain change going on,” Nas Chin told The Associated Press after dancing at a secure pride event.

Still, many Jamaicans consider homosexuality to be a perversion from abroad and a newspaper-commissioned poll suggested there is overwhelming resistance to repealing anti-sodomy laws. In late August, a young Jamaican gay rights activist who brought an unprecedented legal challenge to the anti-sodomy law withdrew his claim after growing fearful about possible violent reprisals.

But Human Rights Watch has noted a “groundswell of change” in the way Jamaica is responding to human rights abuses against LGBT people.

In recent days, Kingston’s mayor and the island’s justice minister have publicly supported the pride activities, a major change in a nation where some politicians once routinely railed against homosexuals and former Prime Minister Bruce Golding vowed in 2008 to never allow gays in his Cabinet.

Next post Fox Republican debate becomes a sideshow of sorts

Previous post ‘Fantastic Four’ is awful on the big screen