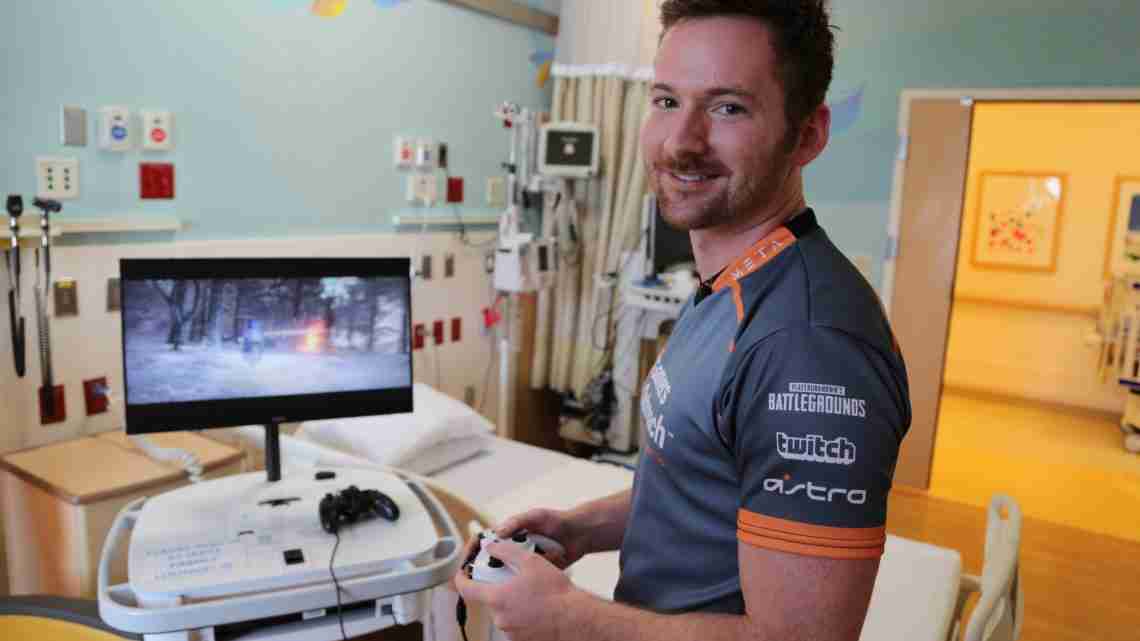 The coronavirus pandemic has been anything but fun and games.

But video games — and people who play them — have had a key role in fighting COVID-19.

Gamers are contributing with charity streams, organized virtual events and competitions to rake in money for COVID-19 relief and support for those who are feeling isolated by global quarantine measures.

Adam Whyte and Scott Hiett launched You Are Not Alone, or YANA, a global gaming event to alleviate quarantine-induced loneliness and encourage gamers to donate through a link on the website to charities actively combating the pandemic. Donations are made via online fundraising platform JustGiving.

“Seven weeks ago now, I was contemplating the impact COVID-19 was having on society,” Whyte told Zenger News. “People were losing their jobs, and we just felt that maybe something was being missed in all of that; we weren’t giving enough credence to mental health (as a result of the mass lockdown). My partner and I were saying, ‘Isn’t it great that we can socialize and play Nintendo,’ and I thought maybe we can bring people together through gaming. And he said, ‘It sounds like you want to start Live Aid for gaming.’”

Whyte and Hiett decided to create a 24-hour global gaming livestream event and quickly signed up industry heavyweights to sponsor it, including video game publisher Ubisoft and Barclays Bank.

During the on May 2 event, gamers from all over the world could log on to play video games with each other, learn new games and even play with some of their sports heroes.

“There were more than 1.5 million people who watched on the day, and a hashtag that was trending,” Whyte said. “We had some awesome experiences on the day. We had a young Fortnite fan who was also a professional rugby fan who got to play with his favorite professional rugby player. His mom sent us an email after and said that he thought it was Christmas.”

Hiett, 16, who designed 10-minute minigames for Minecraft players who would earn points for playing, also provided commentary on the Minecraft stream throughout the day.

YANA wasn’t the only big gaming event directly serving those affected by coronavirus. Gamers Outreach, an organization that provides gaming equipment and video games for children in hospitals, hosted its annual Gamers for Giving charity event on a totally virtual basis on March 28 because of coronavirus lockdown measures. The event raised nearly $700,000, exceeding the amount raised in 2019 by $35,000.

At the annual event, gamers “stream for charity,” or in this case, for Gamers Outreach.

“Usually there’s some kind of platform the streamer has set up, so the money goes directly to the charity,” Anastasia Clay, community program manager for Gamers Outreach, told Zenger News. “There are multiple ways people donate. One of them is alerts. So if someone donates $5, it pops up on the streamer’s screen while they’re live and they can thank the donor. Most streamers will set a fundraising goal.”

Clay said video game viewership is up, which she attributes to the fact that so many people are stuck at home, which in turn is boosting charity streams.

Zach Wigal, founder of Gamers Outreach, said he started the organization because he learned his local hospitals struggled to provide bedside activities for child patients. Every year, the Gamers for Giving event raises money for “Go Karts” with gaming equipment and video games for children in hospitals across the country.

This year, Wigal said, demand from hospitals is higher than usual because of lockdown measures.

“This year, we raised just over $675,000,” Wigal told Zenger News. “In 2019, we raised $640,000. The good news is so much of our fundraising happens through the internet anyway. The event is a community activity. Most of the fundraising is driven by what happens online. Thankfully, it really just came down to whether or not our streamers wanted to stay committed to our event, and thankfully that was the case for pretty much everybody.

“We’re receiving more frequent requests [from hospitals] than we ever had for gaming equipment right now. Thankfully, our fundraiser went well, and we’re now in a position to help these hospitals.”

Clay said hospitals say their “Go Karts” are more important than ever.

“A kid we worked with had a heart transplant, and doctors didn’t want him to leave the room. And his mom said if it weren’t for video games [we provided], her son probably would have gone insane,” Wigal said. “I think with physical distancing being a thing, I think a lot of people can understand now and have some empathy for what some of these kids and parents are going through. That kid was in the hospital for nine months … . The work we do, I think it’s now a lot more evident why we’re doing what we’re doing.”

But gamers are just getting started. YANA was so successful, Whyte said, a second gaming event—YANA 2.0—is planned for July.

“Gaming potentially represents an opportunity, specifically during the COVID-19 crisis, to bring people closer to who they’ve never had access to,” Whyte said. “People are incredibly human when faced with crisis. Nobody got paid for this project. We had celebrities and agencies volunteering their time, money and resources.”

For Wigal, the fact that gamers are streaming for charity in 2020 is huge. Ten years ago, video-game streaming was barely on anyone’s radar. Now, teenagers are using their hobby to raise tens of thousands of dollars to help others.

“It’s amazing to see the video game community come together and be supportive of charitable endeavors during this time,” Wigal said. “I think it’s a really exciting time, and I think if gamers are interested in raising money, they’re not only creating a difference, but creating a positive tone for their community, and [it] shows what the gaming community is capable of.”

The post ‘Live Aid’ for gaming: How gamers came together to fight coronavirus appeared first on Zenger News.

Next post Religious divisions in India sharpen as nationalism rises