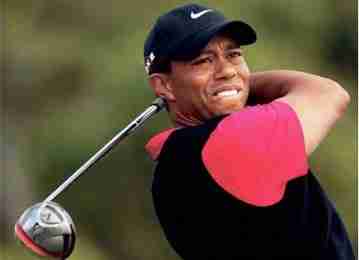 GAINESVILLE, Fla. (AP) – Florida in 2017 was ravaged by a powerful hurricane, transfixed by the hunt for a serial killer in Tampa and rocked by a stream of political resignations after sexual misconduct allegations.

The year’s biggest news stories chronicled a historic hurricane season that had nearly all of Florida in its crosshairs. Hurricane Irma knocked out power for millions across wide swaths of the state, destroyed homes and disrupted lives.

Fuel shortages paralyzed residents, hindering many peoples’ ability to evacuate as Irma roared toward the Florida Keys, where it made landfall. Keys residents saw their slice of paradise bulldozed by winds and storm surge; residents died at a Hollywood nursing home that lost power; and the state’s iconic citrus groves suffered.

A different kind of storm reached Florida’s capital: the #metoo movement. A powerful Florida state senator and Republican candidate for governor resigned the day after an investigation found credible evidence of sexual misconduct. Republican Sen. Jack Latvala continued to deny any wrongdoing as he announced he would be stepping down Jan. 5.

In Tampa, Halloween was extra terrifying as police searched for a serial killer in the Seminole Heights neighborhood after three late-night killings in October and a fourth in November. Howell Emanuel Donaldson, 24, was arrested just after Thanksgiving after he asked a McDonald’s coworker to hold a bag carrying a gun and a nearby police officer was alerted.

Golf superstar Tiger Woods avoided a possible DUI conviction by entering a diversion program after Jupiter, Florida, police found him unconscious in his Mercedes parked along the side of the road at 2 a.m. on May 29. Woods had the active ingredient for marijuana, two painkillers – Vicodin and Dilaudid – the sleep drug Ambien and the anti-anxiety drug Xanax in his system but no alcohol.

Former U.S. Rep. Corrine Brown was convicted of fraud and sentenced to five years in federal prison. A jury found the 71-year-old Brown had used a sham charity that was supposed to give money to poor children for education as a personal slush fund. It was a stark end to a decadeslong political career for Brown, who in 1992 became one of the first three African-Americans elected to Congress from Florida since Reconstruction.

Tallahassee had a steady stream of scandals and resignations. In addition to Latvala, former state Rep. Ritch Workman, whom Gov. Rick Scott appointed to be a utility regulator, abruptly resigned in December after a female state senator said he touched her inappropriately and made “vulgar” comments to her at a 2016 charity event. A Democratic state senator abruptly resigned after a report that he had an extramarital affair with a lobbyist. Florida Democratic Party Chairman Stephen Bittel resigned after he was accused of sexually inappropriate comments and behavior toward a number of women. State Sen. Frank Artiles, a Miami Republican, resigned last spring after using a racial slur in front of American two African colleagues during a private, after-hours conversation.

The film “Moonlight” won the Oscar for best picture and highlighted a side of Miami far from the sun and glamour of South Beach. “Moonlight” was set in predominantly black communities, and employed some local actors. The movie was lauded for its honest representation of life in black Miami.

President Donald Trump’s “Winter White House” visit in 2017 was accompanied by fewer glitzy galas. Because of the outcry that followed Trump’s remarks in connection with a white nationalist rally in Charlottesville, Va., about 20 charities canceled or moved their events from Mar-a-Lago.

Only a few newcomers took their place. The president’s frequent trips to Mar-a-Lago have also cost local authorities and businesses millions of dollars in lost revenue and security expenses, creating resentment in the community about his presence.

La David T. Johnson of Miami Gardens, Florida, was killed while on duty with a 12-member Army Special Forces unit in Niger by members of an Islamic State offshoot. Johnson’s death led to a high-profile spat between Trump and a Democratic congresswoman from Florida after Trump told Johnson’s pregnant widow in a phone call that her husband “knew what he signed up for.” Rep. Frederica Wilson, who was riding with Johnson’s family and heard the call on speakerphone, called the president insensitive.

In January, the outgoing administration of President Barack Obama ended a 21-year-old “wet foot, dry foot” immigration policy that allowed any Cuban who made it to U.S. soil to stay and become a legal resident. The change forces Cubans – many of whom arrive in Florida – to follow the same rules as immigrants from other countries, formally applying for legal immigration status and waiting their turn.

Hurricane Maria’s devastation on the Island of Puerto Rico has resulted in hundreds of thousands of the island’s residents moving to Florida, bringing new voters, teachers, students and workers to communities throughout the state.