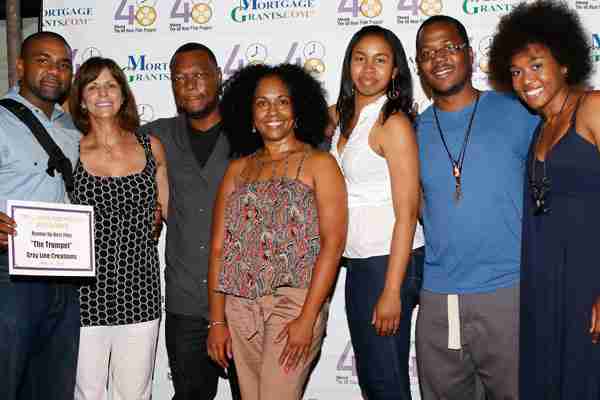 Team Four Actors One Camera scooped up the top award at the 2014 Miami 48 Hour Film Project. The team won Best Film for Tempo, a 4-minute film about a woman who finds herself atop a high-rise building. The team also picked up four more awards including Best Writing, Best Editing, Best Use of Prop and Best Sound Design, tying with Team Gray Line Creations for five total. Team Four Actors has qualified to participate in the international 48 Hour Film Festival in Hollywood, California March 2015.

Gray Line received six nominations for the film The Trumpet, which won awards for Best Actress, Best Directing, Best Editing, Best Musical Score and runner-up Best Film. The Trumpet (a silent film) tells the story of Cliff Finley, a waiter by day and a trumpet player by night, who isn’t making enough money to pay his bills.