A RACIST, A CONMAN, A CHEAT 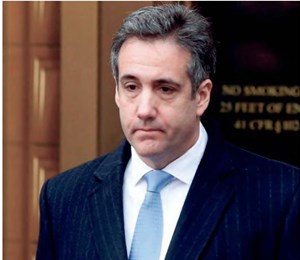 WASHINGTON – Donald Trump’s ex-attorney and fixer Michael Cohen testified in detail Wednesday about the President’s involvement in and knowledge of hush-money payments to women and his knowledge of confidant Roger Stone’s contacts with WikiLeaks founder, while Trump’s Republican defenders aggressively worked to undermine Cohen’s credibility.

Cohen’s public testimony Wednesday was shocking, but its ultimate impact will depend upon whether Cohen’s allegations are viewed as credible.

Cohen also revealed that prosecutors in New York are investigating conversations between Trump and Cohen that occurred after Cohen’s office was searched by the FBI in April 2018.

Next post JANET JACKSON TO LAUNCH LAS VEGAS RESIDENCY IN MAY