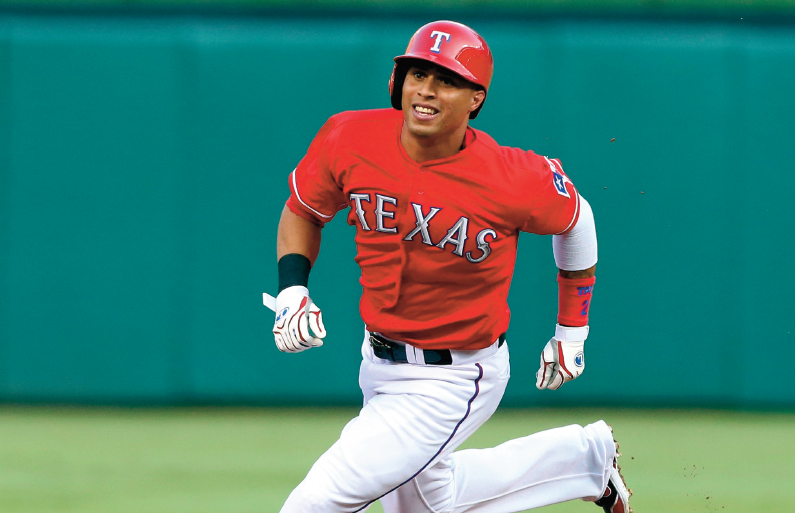 MIAMI – A Florida-based sports agent who has worked for a company in a joint venture with entertainer Marc Anthony’s firm was arrested Friday on federal charges involving illegal smuggling of Cuban baseball players from the communist island to the U.S.

In addition to the criminal charges, federal prosecutors seek forfeiture from Hernandez of $1.5 million plus any interest he has in the contracts of Martin and other ballplayers, as well as an arbitration proceeding involving Martin, according to the indictment. Prosecutors also want to seize a 2001 Honda motorcycle.

Hernandez has worked for Praver Shapiro Sports Management, which in November announced a joint venture with Anthony’s Magnus Media.

“Magnus Sports and Mr. Marc Anthony were surprised and concerned to learn today of the charges filed against independent contractor Bart Hernandez,” Magnus said in a statement. “We strongly and in no uncertain terms condemn any and all forms of the behavior contained in the indictment. We trust that the legal process will result in a just verdict.”

A magistrate judge set a bail hearing for Monday, and prosecutors are seeking detention until trial. Hernandez attorneys Jeff Marcus and Daniel Rashbaum issued a statement calling the indictment an attempt to “criminalize” a dispute between Martin and Hernandez over fees.

“As we will show at trial, Bart Hernandez is a talented and ethical sports agent who has always done right by his clients,” the statement said, adding that Hernandez had been due at an arbitration hearing on the fee issue early next week. “Bart is innocent and the charges are baseless.”

Martin was the key player in an earlier South Florida indictment charging four people with conspiring to         illegally smuggle ballplayers, including Martin, and hundreds of other people from Cuba for profit. Three of those people have pleaded guilty and one, Eliezer Lazo, is serving a prison sentence of more than 14 years.

The indictment identifies Hernandez as being part of that conspiracy, at least the 2011 venture that brought Martin out of Cuba.

Most Cubans paid about $10,000 apiece for the trip to Mexico and then on to the U.S. Martin, however, was supposed to pay the smugglers about $1.35 million of the contract he first got from the Rangers, which originally guaranteed $15.5 million over five years.

Earlier, the case showed that Mexican drug cartels get a cut of the migrant smuggling business. According to court documents, in the Cancun area the Zetas cartel charges Cuban smugglers $10,000 per boat and up to $3,000 per migrant to allow them to pass through their territory and assist in paying bribes to local officials.

Under the U.S. “wet foot, dry foot” policy, Cubans who reach dry land in the U.S. are generally allowed to remain while those intercepted at sea are returned to the communist island. Other Cuban stars such as Los Angeles Dodgers outfielder Yasiel Puig have also been smuggled through Mexico.