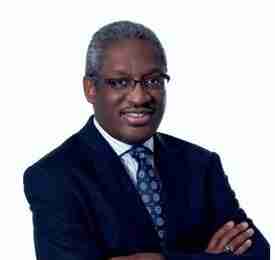 MIAMI – Bilzin Sumberg, a law firm that has grown and thrived as Miami has risen to global prominence, recently announced it will celebrate its upcoming 20th anniversary with a new leadership transition taking place over the coming year.

After what will be two decades as the firm’s Managing Partner, John Sumberg has announced his decision to step down from the role at the end of 2018, and the partnership has elected Albert E. Dotson, Jr., a member of the firm’s Executive Committee and Chair of its Land Development & Government Relations Practice Group, to succeed him. Dotson will serve a 2-year term beginning January 1, 2019.

Sumberg will remain a member of the firm’s Executive Committee and an integral part of the firm’s management team as he assumes the role of firm Chairman. He will continue to lead many of the firm’s initiatives and actively represent clients.

“Bilzin Sumberg’s success is the result of having top talent, understanding our clients’ businesses, deep community engagement, and being counselors and trusted advisors,” Sumberg said. “Recognizing that a seamless transition to new leadership requires a thoughtful long-term vision, we began our planning for this move several years ago. Al, who brings remarkable judgment and a deep knowledge of our community, was the firm’s unanimous choice. I am very excited that Al will be the next firm leader, and I am convinced his leadership will keep the firm nimble and adaptive to our clients’ needs.”

Under Sumberg’s leadership, Bilzin Sumberg has become a formidable force in the Miami market and beyond. The firm was selected as a 2017 Regional Powerhouse Firm by Law360 and has been named by the National Law Journal to its annual Mid-Sized Hot List.

Additionally, more than half of the firm’s partners were recognized as leaders in their respective fields in the 2017 edition of Chambers USA, one of the most esteemed legal publications in the world.

Sumberg has also led the firm’s investment in a host of practice – and knowledge – management initiatives that have earned it a reputation as a law firm that anticipates and delivers what its clients want and value most.

Such efforts earned Sumberg a spot among The Managing Partner Forum’s six worldwide finalists for having initiated the Best Leadership Development Program.

He is a recognized pioneer and leader in the public-private partnerships arena, working with both the public and private sectors to help solve the region’s most complex infrastructure challenges.

This year, Dotson was recognized as “Attorney of the Year” by the Daily Business Review. Under his leadership, Bilzin Sumberg has helped shepherd more than eight billion dollars in P3 projects this year, including wastewater management contracts, affordable housing construction and public transit initiatives.

He has also been recognized by P3 Bulletin as a Legal Advisor of the Year Finalist for the past three consecutive years.

Beyond his professional work, Dotson is also a stalwart in the community. He is Chairman Emeritus and Board Member of 100 Black Men of America, and a Past Chairman/President and Board Member of the Orange Bowl Committee and Alonzo Mourning’s Family Foundation.

He currently serves on the Federal Judicial Nominating Commission of Florida and formerly served on the White House Advisory Commission on Educational Excellence for African Americans.

“It is a great privilege and honor to be chosen by my colleagues to serve as Bilzin Sumberg’s next managing partner. I look forward to collaborating with John throughout the 2018/2019 transition and in the years ahead,” said Dotson. “This is an exciting time for Miami and our firm is playing a central role in its emergence as a global market. We will continue to pay close attention to our clients’ businesses and the industries in which they operate, and we will continue to evolve in ways that anticipate their needs.”

Next post The word ‘Russia’ to appear on Olympic uniforms

Previous post Over 3K students attend 'Above The Influence' Rally