Americans do not trust the news media due to inaccuracies 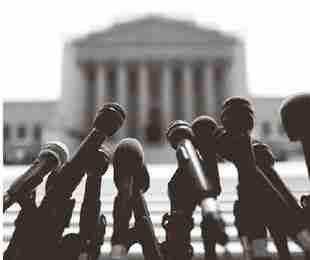 WASHINGTON – Trust in the news media is being eroded by perceptions of inaccuracy and bias, fueled in part by Americans’ skepticism about what they read on social media.

Just six percent of people say they have a lot of confidence in the media, putting the news industry about equal to Congress and well below the public’s view of other institutions. In this presidential campaign year, Democrats were more likely to trust the news media than Republicans or independents.

But trust today also goes beyond the traditional journalistic principles of accuracy, balance and fairness.

Faced with ever-increasing sources of information, Americans also are more likely to rely on news that is up-to-date, concise and cites expert sources or documents, according to a study by the Media Insight Project, a partnership of The Associated Press-NORC Center for Public Affairs Research and the American Press Institute.

They want to be able to navigate the news app or website easily and quickly, without having to wade through intrusive or annoying ads. “The skill set that journalists have to master is bigger,” said Tom Rosenstiel, executive director of the American Press Institute. That’s because the expectations of news consumers have increased.

The poll shows that accuracy clearly is the most important component of trust.

Nearly 90 percent of Americans say it’s extremely or very important that the media get their facts correct, according to the study. About 4 in 10 say they can remember a specific incident that eroded their confidence in the media, most often one that dealt with accuracy or a perception that it was one-sided.

The news media have been hit by a series of blunders on high-profile stories ranging from the Supreme Court’s 2012 ruling on President Barack Obama’s health care law to the Boston Marathon bombing that have helped feed negative perceptions of the media.

In 2014, Rolling Stone had to retract a vivid report about an alleged gang rape at a fraternity party at the University of Virginia. The Columbia Graduate School of Journalism, asked by Rolling Stone to investigate after questions were raised about the veracity of the story, called it an avoidable journalistic failure and “another shock to journalism’s credibility amid head-swiveling change in the media industry.”

“The most important thing that news organizations can do is be accurate, and while we know that is a high value, this study reinforces that,” said Margaret Sullivan, public editor of The New York Times.

Even if it goes against the competitive push to be first, she said, “perhaps there has to be a willingness to wait a little bit to be right,”

Readers also are looking for balance: Are there enough sources so they can get a rounded picture of what they are reading? They want transparency, too. “Tell me what you don’t know and tell me how you’re going about reporting the story,” she said.

African-Americans, Hispanics, and people fol- lowing stories about crime and public safety are particularly likely to say it’s very important to see their communities and people who looked like them represented in reporting.

Sullivan said maximizing reader trust is both good journalism and good business. “For news organizations that want to be taken seriously, there is real opportunity here and real help,” she said.

About six in ten Americans watch, read, or hear news several times a day, as computers, smartphones and tablets make it easier for people to follow the news on an on-demand basis.

A majority of people get news from social media, most frequently by far from Facebook. “Facebook is the place where everyone is, and so you’re not necessarily looking for news, but you’re getting it,” Rosenstiel.

Yet only 12 percent of those who use Facebook say they have a lot of trust in the news and information they see on the site.

Twitter attracts smaller numbers for news than Facebook, and about 18 percent have a good deal of trust in what they read there. There was also viewer skepticism of other social media sites.

Rosenstiel said people who use social media are “hunting pretty carefully for cues” in deciding whether to click on an item of news to read more. The most important factor in determining trust: whether or not they know the original source of the story.

Regardless of what digital site people go to for news, they don’t want to be sidetracked by ads that slow load time and impede navigation.